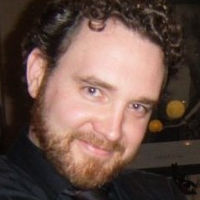 TIFF, the word was all over the Canadian media a week or so ago. For those of us that are technically inclined we might have wondered; at first glance, why our media of choice suddenly got so interested in a computer image format. Once we removed the indents of our keyboards from our fingers, we realized that the ubiquitous TIFF, was the Toronto International Film Festival. Alas, TIFF is not the only “FF” around, in these parts TIFF is merely the signal that the Atlantic Film Festival is about to start(AFF?). So with all the FF talk around me I decided to take a look and see the legal angle to all this FF.

As we have noted at SLAW before, EVERYTHING has a legal angle. However, the FF angle is fairly recent, as in Bill C-59 which received Royal Assent on June 22, 2007 becoming S.C. 2007, c.28 – An Act to amend the Criminal Code (unauthorized recording of a movie) just in time for all the FFs and just after the governator visited Canada this past spring/summer.

What does it all mean? Michael Geist spoke about the implications at the time. Apart from security guards with night vision goggles it also means that Jerry Seinfeld and Kramer might want to avoid coming to Canada to continue their rogue movie recording career. If they were caught here they could face up to two years in jail. Although I doubt that Death Blow was playing at either TIFF or AFF. I’m not sure what the impact would be on the distribution of Elaine’s dance moves.