April 1 st 2010 Comments Off on Cartoons and the Code
Share
Posted in:

Cartoons and the Code

The post below may be offensive to some who believe in the majestic integrity of the law, that law is central to our civilisation and that we should not poke fun at its divine origin.

So here’s a picture by Jean-Baptiste Mauzaisse that pretty much sums up how the civil legal tradition saw the legacy of the great innovations of 1804:

But of course, there has always been a much more scurrilous view of the law. And below the fold, we really enter the realm of politically incorrect picturings of the law – and its occasional falls from majesty.

The story starts back in July 1984, when browsing the shelves at Heffers in Cambridge, I stumbled on a bundle of books from the collection of Sir Leon Radzinowicz. Among the learned tomes on criminology, there was a book by an author I knew – the cartoonist Siné (Maurice Sinet).
Siné has a sixty year history of poking fun at authority, going back to the Fourth Republic – he can be savage.

The book I bought was an illustrated version of the Penal Code, which I subsequently gave as a retirement gift to one of the law officers of the Crown:

The book was extraordinary, since it was the full text of the Penal Code, illustrated with often troubling and hilarious illustrations. For example, here is a picture of his cartoon on the section of the Code pénal dealing with rape: Siné has always had a healthy distrust of law enforcement authorities

and is a fierce critic of censorship in any area.

It was only following research in the rich blogosphere of cartoons, that I discovered that there is a wonderful history of cartoonists tackling law books and statutory consolidations in particular. Thanks to a very entertaining article by Anne Teissier-Ensminger in Sociétés et représentations entitled La loi au figuré : trois illustrateurs du Code pénal français, I discovered illustrated Codes from the Forties and the 1990s Here is Joseph Hémard from 1941 on the Code section dealing with castration: and on capital punishment: Hémard had illustrated the Code civil back in 1925 and the Lottery Act of 1938. Siné was in a grand line stretching back throughout the 19th century. And this tradition continues until as recently as 1996 when Francis Le Gunehec illustrated the New Penal Code of 1994 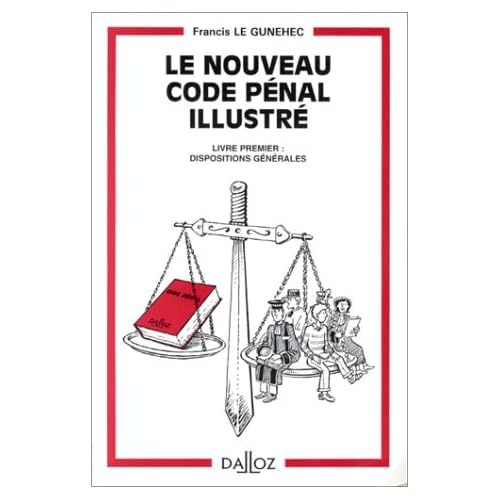 I’ve never seen anything even remotely comparable in the common law, but doubtless Slaw readers will prove me wrong. C’est un poisson d’avril

We Need More Evidence-Based Research on Mediation in Canada