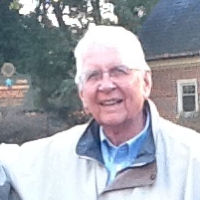 Maritime Law Book is proud to have been part of the development of the only provincial bilingual law reporter in Canada. Namely, the New Brunswick Reports (2d).

Here is how that development took place.

New Brunswick has a population of approx. 750,000. And approx. 35% of New Brunswickers speak French as a first language.

In 1969 the province’s only law school at the University of New Brunswick offered courses in English only. A French language law school was founded in 1978 at the École de droit, Université de Moncton. The École de droit offers a common law legal education taught entirely in French.

The N.B.R.(2d) in print includes all of the decisions of the New Brunswick Court of Appeal and selected judgments from the lower courts. Starting in 1997 all decisions received from the N.B. courts are loaded on the Maritime Law Book website, www.mlb.nb.ca.

All decisions of the New Brunswick Court of Appeal are issued by the court in both official languages, pursuant to section 25 of the Official Languages Act, S.N.B. 2002, c. O-0.5.

The N.B.R.(2d) reports all decisions of the Court of Appeal in both official languages.

Some lower court decisions are also issued in both official languages and the N.B.R.(2d) reports them as issued. However, most lower court decisions are issued in only one of the official languages. The editors of the New Brunswick Reports (2d) select which decisions are to be translated, guided by the provisions of s. 24(1) of the Official Languages Act, and request a translation where (a) the case “determines a question of interest or importance to the general public”, or (b) the proceedings are conducted, in whole or in part, in both official languages. However, some decisions that are of interest and use to a lawyer do not determine questions of “importance to the general public”. For example, some practice points, some damage awards, some maintenance awards, etc., are reported in the N.B.R.(2d) with a headnote but without a translation.

In the province of Quebec, where French is the official language, the judicial decisions can be delivered in either English and French and are not translated. Most of the Quebec Court of Appeal decisions are in French and are not translated. See the Globe and Mail, August 20, 2008, where the Quebec Chief Justice stated that the translation of the Court of Appeal’s most important judgments into English would make the judgments available to the rest of Canada.