March 29 th 2011 Comments Off on What Makes a Good Testimonial for a Law Firm Website?
Share
Posted in:
Column

What Makes a Good Testimonial for a Law Firm Website? 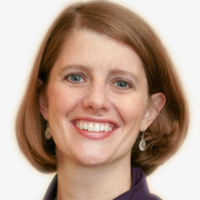 The same problems can occur with unsolicited testimonials; a happy client writes a note of thanks or sends an email telling the lawyer how grateful they are to her and what a wonderful job she did. The lawyer then asks for (and receives) permission to use the client’s words as a testimonial, and posts those words on the lawyer’s website. While I applaud lawyers who seek the opportunity to showcase the words of their clients as a testament to the services they provide, to obtain very effective testimonials, the lawyer will have to go at least one step further.

Testimonials that make an impression don’t necessarily have to identify the client by name (and some jurisdiction’s ethical rules may prohibit it). While anonymous testimonials may seem to have little value, in actuality, whether the testimonials is attributed specifically or not, it will have the most impact if it tells the story of the client’s experience with the lawyer or law firm. Those stories will have little chance of coming across as made up. Simply put, a testimonial that is substantive and tells a story is more believable.

For example, look at the difference between the following two testimonials:

I think you get the idea. The detail in the second testimonial tells the story of the family’s experience while at the same time highlighting specific elements of the service they received from the lawyer (compassion, availability, responsiveness, etc.) Isn’t the second testimonial much more effective than the first? Isn’t the testimonial – the words of the client – much more effective than if the lawyer had simply stated on her site that she put her clients first, that she was compassionate, that she responded to clients’ needs?

Many marketing consultants will tell you to get results based testimonials, but for lawyers, those testimonials can be difficult or problematic to obtain, in part because clients may not be willing to divulge (even anonymously) the specifics about their case in hard terms, but also because lawyers have to be careful about giving the appearance of guaranteeing clients a specific outcome. Some of that can be remedied by accompanying testimonials with disclaimers, but even then they can be sticky. And a results-based testimonial followed immediately by a disclaimer waters down the testimonial itself.

The fact of the matter is that most lay people do not choose or evaluate their lawyers based upon technical skill. Instead, they rate their lawyer based upon the service they receive: how they are treated and how the lawyer (and the firm as a whole) makes them feel. A testimonial that focuses on service while still letting the reader know that the client was pleased with the outcome packs the most punch.