November 13 th 2013 Comments Off on Challenging Mandatory Minimums in Manitoba
Share
Posted in: 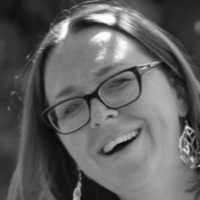 Ontario’s Court of Appeal yesterday issued decisions in 6 cases arising out of challenges to the mandatory minimum sentences imposed with respect to various firearms-related offences. In two of those decisions, R. v. Smickle and R. v. Nur, the Court found that the mandatory minimum sentence provisions of s. 95 of the Criminal Code breached s. 12 of the Charter of Rights and Freedoms, but did not breach s. 7 of the Charter.

Two recent decisions from the Court of Queen’s Bench in Manitoba have similarly challenged the constitutionality of the Criminal Code’s mandatory minimum sentencing provisions in relation to firearms offences.

In R. v. Adamo, the Court considered the appropriate sentence for an offender convicted of two firearms related offences. One of the offences was a breach of s. 95(1) of the Criminal Code, and therefore subject to a minimum sentence of 3 years pursuant to s. 95(2).

Madam Justice Suche determined that the appropriate sentence for this offender, who suffered from mental illness related to a brain trauma injury was 6 months incarceration followed by 3 years supervised probation and firearms prohibitions. In coming to her decision, she found that the provision in s. 95(2) to be in breach of ss. 7, 12 and 15 of the Charter.

In R. v. McMillan, Mr. Justice Menzies considered only whether there was a breach of s. 12 of the Charter in considering the application of the relevant mandatory minimum provisions. In that case, the offender had entered a guilty plea to a charge of intentionally discharging a firearm into a house, contrary to s. 244.2(1)(a) of the Criminal Code. The mandatory minimum sentence is 4 years, but Justice Menzies concluded that to be cruel and unusual punishment, in breach of s. 12 of The Charter and instead imposed a penalty of 1 year incarceration followed by 2 years of supervised probation and firearms prohibitions.

The Crown has filed appeals from both decisions on October 22, 2013. It will be interesting to see whether Manitoba’s Court of Appeal will come to the same conclusions as those reached by the Ontario Court of Appeal.

Do You Believe in Peer-Review?