Could It Be Time for Apprentices Again? 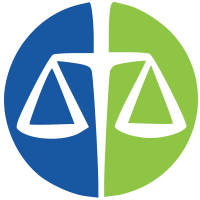 It wasn’t so long ago that would-be lawyers didn’t go to law school. Instead, they were apprenticed to experienced lawyers and learned their skills on the job.

It wasn’t until the 1950s and 60s in Canada that law degrees became de rigeur and apprenticeships were compressed into an articling year to be completed before writing the bar exam.

Flash forward to an age of soaring law school tuition rates and declining job openings, when students complain of heavy debts and a lack of practical training, and suddenly the age-old apprenticeship seems like a suitable tool for modern times.

“Adding apprenticeship back into the system could make legal education shorter, less costly and more practical,” David Lat, an American lawyer and journalist, writes in the New York Times.

He suggests law school could last two years, after which law students could start working as apprentices “and being paid, albeit modestly, perhaps like paralegals or medical residents. The bar exam could be administered at the end of an apprenticeship, or in multiple parts at different points in the process, like the medical board exam.”

In the U.K., the government wants to see 750 apprenticeships created in the legal sector by 2015.

In a recent speech, U.K. Supreme Court president Lord Neuberger noted the cost of a law degree at about £100,000, not counting living expenses, and suggests this has a negative effect on diversity in the profession.

“A less diverse profession is an impoverished one, one less able to reflect and support a flourishing democracy committed to the rule of law”, he said.

Legal training and education has been one of the focuses of the CBA’s Legal Futures Initiative. As the February report on the consultation notes, cost of education and lack of practical training have been recurring complaints throughout the discussion.

There is an appreciation of the knowledge that a law school education affords and at the same time a concern that law school internships, while they might provide some hands-on training, are unstandardized and not well enough supervised by law schools.

In another New York Times blog post, Kevin Maillard, a professor at Syracuse University, warns against thinking of law school as a trade school.

“In that narrow model, a legal education would prepare students for one single thing: a job as a lawyer. But people go to law school, pay tuition and graduate to become many things: educators, business leaders, politicians and, yes, attorneys. Shortening the curriculum to cut costs mistakenly assumes that one model fits for everyone.”

He’s right, not everyone with legal training goes on to become a practising lawyer; a law degree can be the cornerstone of any number of careers.

So why don’t we split the baby in half? We could continue to offer purely academic law degrees, acknowledging their worth in the imparting of a certain kind of learning, but insist that anyone who actually wants to practise law undergo an apprenticeship, getting the bulk of his or her education from an experienced professional – or ideally, professionals, moving around during the apprenticeship period through a minimum of three practice areas, much like a medical resident would.

What goes around comes around, they say. Could it be time for apprentices again?