How to Find Cases in English Translation, Revisited 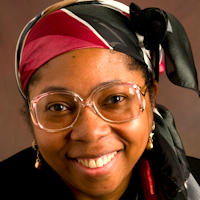 Back in 2012, I wrote a Slaw blog post on “Tracking Down the Brazilian Anencephalic Abortion Case, in English.” I thought I’d revisit this frequently-asked foreign, comparative, and international law (FCIL) legal research question and highlight key resources for English translations of case-law.

Generally, it’s difficult to find English versions of cases, but here are some standard tools for locating them by country and topic, as well as general strategies to use.

Check if someone has already located an English translation of the case. Look for citations in full-text law journal and book databases, as well as Google Scholar, Google Books. Do a Google Web Search. For example, a 12 November 2010 Dutch case I was looking for a while ago was not in the Global Class Action Exchange website in English translation, but I was able to find a sworn translation provided at the Converium Settlements website by Googling.

Standard tools such as the Foreign Law Guide and GlobaLex have sections on locating translations, but usually focus on translations of codes and statutes. Book-length foreign legal research guides might be more useful for locating country case-law in translation, but likely focus on legislation as well.

Sometimes case translations are separately published so it’s worthwhile to check library catalogs for them. Sometimes the translations are published as journal articles. Look also for casebooks or other compilations of case-law in translation in full or excerpted (for example, Raymond Youngs’ Sourcebook on German Law, Donald Kommers’ The Constitutional Jurisprudence of the Federal Republic of Germany). Add “—Cases” to subject heading searches and filter by English to obtain books compiling case-law in English translation by topic. Some courts are mandated to publish multiple language versions of their decisions, including in English. Sometimes extensive summaries in English are available (see e.g. CRIN’s Child Rights in the Courts (CRC) database).

You can sometimes ask the attorneys in the case. You can also use “ask a law librarian” or “ask a foreign law specialist” chat and reference services. And you can ask for help on listservs such INT-LAW or IALLMembers.

Courts will sometimes include English translations of landmark cases at their websites, so it’s good practice to check there first for major, newsworthy, and noteworthy cases. Foreign Law Guide, GlobaLex, and the Law Library of Congress’ Guide to Law Online: Nations includes links to court websites.

Some courts publish print copies of their decisions in English translation. For example, Decisions of the Bundesverfassungsgericht (Federal Constitutional Court) Federal Republic of Germany / is now in its fifth volume. Each volume covers a particular topic: v.1 (International Law and the Law of the European Communities; v.2 (Freedom of Speech); v.3 (Questions of Law Arising from German Unification); v.4 (The Law of Freedom of Faith and the Law of Freedom of the Churches); v.5 (Family-Related Decisions). You can also find translated decisions of the Supreme Court and Constitutional Court of Korea and Japan in print.

The Council of Europe Venice Commission’s CODICES includes constitutional case-law in English translation in abridged or full text formats. The Global Health and Human Rights Database has English summaries of judgments by country. WorldLII’s Final Appeal Courts section collects databases of decisions of supreme and constitutional courts in English translation, and links to them under the “Constitutional Law” category for each country. Israel has a database of Supreme Court judgments related to terrorism. The United Nations Office of Drugs and Crime (UNODC) has a Human Trafficking Case Law Database with over 1000 case briefs from 80 different countries.

Sometimes, topical databases of case-law in English translation are outcomes of comparative law or legal harmonization projects. For example, the “Ius Commune Casebooks for the Common Law of Europe” include excerpts in English translation of case-law on consumer law, contracts, property, torts, and unjust enrichment. The European Centre of Tort and Insurance Law has a EUROTORT database for “researchers as well as practitioners to access the vast wealth of jurisprudence on tort law throughout Europe in a single language (English) and with a standardized index system.”

American foreign exchange student, Amanda Knox, was convicted of murder by a trial court in Perugia, Italy on 4 December 2009. The 427-page report of judges Giancarlo Massei and Beatrice Cristiani explaining the court’s reasoning (“motivazioni”) was released 4 March 2010 (Sentenza della Corte d.Ass., 4 Marzo 2010, n. 7/2009). In April 2014, a second appeals court, in a 337-page document, explained its motivations for reinstating the guilty verdict against Knox. According to the Huffington Post, “The Florence appellate court that reinstated the first trial guilty verdicts in January handed Knox a 28 ½ year sentence, including the additional conviction on a slander charge for wrongly accusing a Congolese bar owner. She remains in the U.S. since her 2011 acquittal and has vowed to never return willingly to Italy to face her judicial fate.” How would one obtain English translations of these two case documents and what are some possible issues?