Crikey! Warnings About Lawyer Independence From Across the Pond 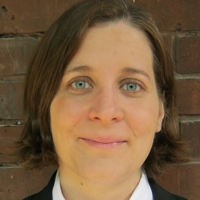 The issue of lawyer independence has been a hot topic over the last year. It’s been frequently mentioned in the debate about whether to introduce alternative business structures in Ontario. Additionally, the Supreme Court of Canada declined to find that the independence of the bar, broadly defined, was a principle of fundamental justice in a decision earlier this year. These two high profile examples reflect the clear continuing relevance of lawyer independence when new regulatory reforms are proposed or instituted.

What are not always so apparent, however, are challenges to lawyer independence that emerge in the absence of any regulatory reform. The growing influence of corporate clients on the behaviour of large law firms is one such challenge.

In a recent report for the Solicitors Regulation Authority (“SRA Report”), Dr Steven Vaughan and Claire Coe Smith interviewed 53 senior corporate and finance lawyers from twenty of the largest corporate law firms in England and Wales with the aim of better understanding how lawyer-client relationships in large commercial firms impact professional independence, ethics, standards and risk.

The results of this study are cause for concern. All of the interviewees discussed “a shift in the balance of power from law firms to clients, represented by the way in which major corporate and financial institutions seek to impose their own terms of engagement on law firms.” In this context, it is troubling to read the authors’ observation that “[i]t quickly became apparent during the interview process that the senior lawyers that we were speaking with had a limited understanding of the concept of professional independence.” One interaction with an interviewee that was excerpted in the report is particularly illuminating:

Q. “How you would describe professional independence?

A. Crikey, I’ve never even heard the expression. Is that as an individual or a practice?”

Notwithstanding this limited understanding of the concept of independence, many of the interviewees did express concern about undue client influence. Undue influence over the shaping of legal opinions was raised as a particular concern, as was the role of what the report’s authors call “shadow clients” (and which they further explain as follows: “Here we are referring to another age-old practice whereby, particularly in leveraged finance but also elsewhere, borrowers dictate who their lending banks can use for legal advice”).

That these phenomena are being observed in England and Wales should give us pause in Canada. There is no reason to believe that corporate clients are not exerting many of the same pressures on large law firms here.

To be sure, Canadian lawyers, scholars and regulators have long recognized the risk that clients can put undue pressure on lawyers to the detriment of lawyers’ ethical obligations. The SRA Report, however, suggests that such risks may be growing in the contemporary practice environment.

In addition to the issues mentioned above, the SRA Report also discusses the practice of clients using Outside Counsel Guidelines (i.e. “detailed, mandatory sets of terms and conditions” imposed by clients on the signing of a retainer). The Report finds that the terms of such guidelines “have clearly become more numerous, lengthy, and sophisticated in detail”, echoing findings in a previous study by Christopher J. Whelan and Neta Ziv, who observed that:

…[C]orporate clients, and in particular global corporations, are gaining influence and control over lawyers’ practices at a scope significantly above and beyond what had been customary in the past. In particular, norms relating to lawyers’ practice that had formerly been under the domain of professional and state bodies, or left to the discretion of lawyers and their firms, are increasingly incorporated into “guidelines,” “procedures,” “codes of conduct,” “manuals,” or “bestpractices” memoranda, which lawyers are expected to follow (footnotes omitted).

While there is nothing inherently problematic in the use of Outside Counsel Guidelines, there is reason for concern. Given what we know from previous studies, the area of conflicts deserves particular scrutiny. For example, respondents to a 2014 Law Firm Risk Roundtable survey of the 350 largest US-based law firms “cited conflicts provisions as their top outside counsel guidelines concern, with client expectations on conflicts exceeding what is required by jurisdictional ethics rules (business or positional conflicts).” The Whelan and Ziv study reported that one corporate client included in its guidelines, “a broad definition of circumstances in which a conflict of interest arises….includ[ing] whatever [the client] may conclude is a conflict of interest, ‘if Outside Counsel represents a significant competitor.’” Earlier this year, Simon Chester (a fellow Slaw blogger) presented on Outside Counsel Guidelines at the 14th Annual Legal Malpractice & Risk Management Conference and a report on his presentation noted that he, too, had observed that “expansive client demands with respect to conflicts and waivers ‘are extending the definition [of a conflict] far beyond the Model Rules and what the courts would insist on.’”

The fact that Outside Counsel Guidelines might contain provisions stricter than professional conduct rules might, at first blush, seem like a good thing. In the area of conflicts, however, this isn’t self-evidently true. As I’ve written before:

If we take it to be an ethical good that clients have access to lawyers of their choosing (subject to publicly-minded and publicly-enacted restrictions contained in professional codes of conduct), then there is reason to be concerned about overly zealous conflicts restrictions imposed in OC Guidelines.

Canadian law societies ought to be paying close attention to the control that corporate clients exert on large law firms through Outside Counsel Guidelines and other demands. The SRA Report found there to be real risks present. Given this cause for concern, a similar study should be commissioned in Canada in order to have a solid empirical basis from which to consider the desirability of any regulatory intervention.

Going Grey and Facing Age Discrimination: Moving Towards an International Treaty on the Rights of Older Persons