February 2 nd 2016 Comments Off on The Year-End Roundup: Trends in Legal Technology
Share
Posted in:
Column 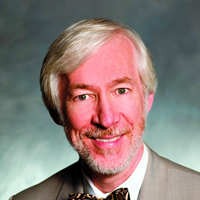 The end of one year and the beginning of another is the usual time for commentators to review what happened during the year and discern the trends. What follows is my synthesis of the recent year-end roundups and what they seem to me to say.

Here are the most pertinent articles:

Among the trends identified are the following:

Before reviewing a few of those items in more detail, there is one item that is notable by its absence from that list, namely the impact of technology adoption on the staffing of law firms and law departments. That impact is relentless. Discussions as to the increasing use of tablets and legal apps, for example, and how that fosters increased productivity, dance around the issue of the impact of that improved productivity upon the careers of those who had previously been performing those tasks.

Part of that equation relates quite simply to the ratios of support staff to professional staff in law offices and departments. That is, obviously, not a new trend, as more and more of what had previously been admin tasks are now expected to be performed by the professionals. The other side of that coin, though, is the disappearance of legal professional tasks as a result of improved productivity.

As I noted in my previous posting, Law Firms [Slowly] in Transition, the most recent Altman Weil survey entitled Law Firms in Transition recorded the responses to lawyers in firms and departments as to the effect of LPOs and others on numbers of professionals. The consensus was clearly that those numbers are declining and will continue to do so.

Like the Hound of the Baskerville that didn’t bark, it’s interesting to note that this trend is not highlighted by these commentators.

Back to their analyses, then. The two that seem to me to be front-and-centre relate to Artificial Intelligence and data security.

Speculations as to the effect of IBM’s Watson on the legal field have been rampant. A Google search for Watson Ross legal generates 11 million hits! There has been much speculation about this topic (some of which I confess being guilty of), but at the moment it is merely speculation. I would suggest that it’s hard to identify AI generally, and Watson in particular, as a trend when, at least for the moment, there’s no there there!

I don’t mean to discount what the implications may be, but it may be more beneficial to wait until we have something tangible to speculate upon. I must admit to having been seriously underwhelmed by the ROSS demo that I saw 18 months ago, but, as we all know, 18 months is a long time in the tech sphere, and, as in the financial sector, “Past performance is not necessarily indicative of future results.” So we will stay tuned.

As to big data, law firm CIOs are fighting a battle on two fronts. First, while they might honestly confess that a large cloud provider is going to have dedicated personnel devoted to security issues, with experience far beyond what a law firm can hire. However, large firm partners are reticent to move their content to the cloud, even assuming that the law society rules of professional conduct allow such a move, which would seem to be an open issue. It may be, however, that it will be the small and medium-sized firms who lead the charge into the cloud, since they simply cannot afford dedicated IT professionals.

Second, the large firms are having to deal more frequently with outside counsel guidelines, which often specifically forbid the firm from using the cloud. (I leave aside for now another problematic provision of these guidelines, namely the requirement to lock down the client content so that it’s accessible only to those on the client team. The long-term effects on a firm’s KM efforts to these prohibitions will be disastrous.) So even if a firm makes a bold decision to move to the cloud, these outside counsel guidelines would prevent them from doing so. This is a battle that will be worth watching.

The issue of a duty of legal tech competence, noted as one of the trends, is an interesting one. I am sure that Slaw readers would take it for granted that 21st Century lawyers can no longer be techno-peasants. It will be interesting to see whether our law societies will take any steps in that direction.

Also of interest is Robert Ambrogi’s comment that legal blogging seems to be on the decline. As valid as that comment may be in the legal sphere generally, I would suggest that he check out Slaw to determine its validity here. I think he would be pleasantly surprised.

As to my predictions for 2016, I will go out on a limb and say that things are likely to get even more interesting this year!

And Now the Driverless Keyboard

Making the Shift From People-Pleasing to Altruism