April 13 th 2016 Comments Off on Infanticide: Should It Remain a Criminal Offence?
Share
Posted in:

Infanticide: Should It Remain a Criminal Offence? 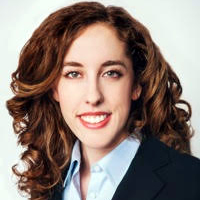 Infanticide as a criminal offence sprang about centuries ago, dating back to the 1600s. It was a crime that punished women, particularly poor women who sought to escape the oppressive stigma of having a child out of wedlock.

However, by the turn of the 20th century, courts were often unwilling to convict women that murdered their babies. In response, England enacted the Infanticide Act.

The adoption of the Infanticide Act, 1922 was intended to remedy the fact that judges and juries were reticent to convict a mother who killed her newborn of murder since she necessarily faced the death penalty… It was thought to be a crime mostly committed by “illegitimate mothers” trying to hide their shame, a motive which the general opinion thought lessened the heinousness of the crime. Further, it was acknowledged that women who committed infanticide often faced difficult economic circumstances, which led to the commission of the crime…

Under the Criminal Code of Canada, “A female person commits infanticide when by a wilful act or omission she causes the death of her newly-born child, if at the time of the act or omission she is not fully recovered from the effects of giving birth to the child and by reason thereof or of the effect of lactation consequent on the birth of the child her mind is then disturbed.”