How Do I Begin Thee? Let Me Count the Ways 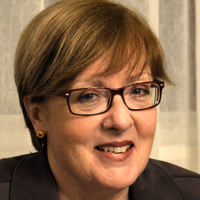 You know that professional reputations can be made and maintained by what you write. But if you’ve ever struggled to write a blog post or a legal commentary or a presentation to the local Chamber of Commerce, you know it isn’t as easy as it sounds. Sometimes, just getting the opening sentence gets you going.

In my last column, I said that if you haven’t captured your readers in your opening sentence, you can kiss them goodbye. So what makes a good opening sentence? Let’s look at 10 good ways and 10 more very well-used—but not good—ways.

I could have started this column by asking: “What makes you read SLAW columns?” An international trade lawyer might begin an article updating clients on recent events by asking: “What will happen now that the United Kingdom is leaving the European Union?” A real estate lawyer might open with the question: “How can a landlord get rid of a commercial tenant who is disruptive, fails to make required repairs, and is habitually late with rent?” The trick to finding a good opening question is to listen to the questions your clients ask you—or those that you ask them.

I might have opened this article with something like: “Research shows that 80% of prospective clients seek information online before they think of contacting a lawyer.” (I made that up, but it could be true.) If you choose to start with a statistic, ensure that it’s correctly quoted and from an unimpeachable source—with a proper reference to that source.

A statement of the problem

This opening lends itself to legal topics, because they are often about problems unknown to those who could have them. For example, one of my clients began an article on new commercial condominiums like this: “Whether you are developing a commercial condominium or buying a unit within one, the condominium’s disclosure documents require careful attention, since they describe important features of the proposed condominium. Disputes can arise if buyer and seller do not clearly understand their obligations.”

This is a way of showing, rather than stating, the problem. It’s especially relevant for legal topics because it gives the problem a context and shows how the problem affects those who have it. For example, one of my clients wanted to write about Henson trusts for disabled children. Here’s how I suggested they begin: “John Simpson has Down Syndrome. His parents, wanting to provide for him after their death, named John’s sister Doreen as Executor of their estate and earmarked a proportion of the estate for his care. Now Doreen is shocked to find that because John is inheriting from their parents’ estate, he is no longer entitled to the government benefits that she was counting on to pay his expenses.” With this as an opener, they were able to glide nicely into the technicalities of this estates law tool.

A statement of purpose

In the opening paragraph of his SLAW column on blockchain, Pulat Yunusov says: “You have probably heard of blockchain. If you didn’t, I am sure you’ve heard of bitcoin. There is a chance you have also heard that blockchain or bitcoin are the next big thing. I believe that blockchain is the next big thing, and the purpose of this essay is to explain why and to show blockchain’s significance for lawyers and law practice.” Statements of purpose work particularly well for point-of-view articles (see below) where the intention is to change readers’ thinking.

A point of view

See the example under ‘A statement of purpose’, above. Opening points of view should be short, simple, and strongly held. The rest of the article should consist of evidence for the point of view.

In the 1990s, many an article opened with “By the year 2000, …” followed by dire predictions for our health care system, or pension plans, or insurance programs, as they would be struggling under the weight of the newly-retired baby boom generation. A prediction works well as an opening for an article that has a strong call to action, since the prediction is usually an example of what will happen or what can be avoided by taking that action.

This is similar to an opening statement of facts, used to ensure that readers understand the situation you’re writing about: “As of October 1, 2012, all provincially regulated Ontario employers are required to display the poster “Health & Safety at Work—Prevention Starts Here” conspicuously in their workplaces.” While such descriptions or summaries are helpful, they aren’t usually very attention-getting, so don’t use them as your default opening.

A statement of perspective

This opening can be helpful if your topic involves something that is currently being blown out of proportion, or receiving attention for a very narrow aspect, or usually forgotten. “While Canada values its role as a contributor to Third World countries, we must remember that many of our own First Nations live in third world conditions.” Statements of perspective have much more impact when they include numbers or percentages to demonstrate the magnitude of the issue.

How many readers got my mauling of Elizabeth Barrett Browning’s poem “How do I love thee? Let me count the ways” in the title of this column? Quotations should make your point succinctly and eloquently (better than you could have done). Litigators like quoting the Greek orator and lawyer Demosthenes: “Good fortune is the greatest of blessings, but good counsel comes next, and the lack of it destroys the other also.” This has the added benefit of acting like a third-party endorsement.

How not to begin: 10 popular methods

Most of the above examples are culled from my lengthy career as an editor. OK, maybe I made up the last one, but my point is that readers of legal articles don’t want fairy tales. Get to the facts, fast.