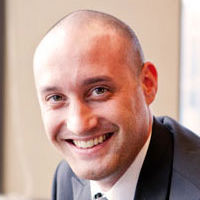 Although legislation to legalize Cannabis is not set to be tabled until the spring, it seems as though the Canadian Senate wants to get the discussion going early.

In the Order and Notice Paper which sets out the agenda for the January 31, 2017, Senate meeting, the Honourable Senator Carignan, P.C. has laid out a number of questions on the topic of legalization that he would like discussed. Those questions include:

(a) What are the implementation costs estimated by the federal government for a system to legalize cannabis in Canada, including a breakdown of costs in the areas of hospitalization associated to marijuana, treatment programs, awareness programs, injuries caused by marijuana-impaired driving, border control, public transportation safety and drug treatment courts.

(b) What are the government’s projections concerning the number of marijuana-impaired driving for each of the first three years following legalization?

(c) Concerning legalization, which groups, public organizations, individuals and governments asked to be consulted for each of the departments of Health, Justice and Public Safety?

(d) With respect to the departments of Health, Justice and Public Safety which groups, public organizations, individuals and governments were consulted?

(e) What studies did the government commission concerning legalization?

Senator Carignan is a Conservative Senator and the Leader of the Opposition in the Senate, so one should expect him to give the government a hard time during the discussion on January 31st.