Hold the Phone: Telephone Hearings and Access to Justice 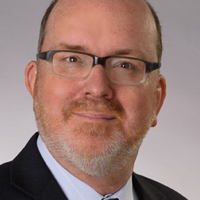 The telephone is old technology. Recent reports have shown that speaking by phone may be on the way out. However, the telephone is still an important part of the toolkit for tribunals in ensuring access to justice. Videoconferencing is the (relatively) new flavour in administrative justice, but we shouldn’t lose sight of the telephone as an accessible and technologically easier tool.

The key reason for not allowing teleconference hearings usually revolves around assessing credibility, in particular assessing the demeanour of a witness. It should be remembered, as succinctly stated by the Ontario Court of Appeal: “… while demeanour is a relevant factor in a credibility assessment, demeanour alone is a notoriously unreliable predictor of the accuracy of evidence given by a witness”.

Another circumstance where teleconference testimony may not be allowed is where the evidence of the witness is extensive or central to the proceeding. Although not usually spelled out in cases denying teleconference testimony, the length of the testimony may be a factor. It is more difficult to concentrate over a telephone than in person. As proof, here’s someone’s list of 22 things to do while on a conference call. A US study conducted in 2014 found that a majority of people on conference calls were doing other work or sending emails during the call. It is much harder to become distracted when everyone is in the same room.

There are other reasons for not using the telephone as part of a hearing. The first, and obvious, reason is that a witness or party may have impaired hearing. In such cases, videoconferencing may be an appropriate alternative.

A second reason flows from the nature of the proceedings. In some Tribunals, there may be an opportunity immediately prior to the hearing to discuss settlement options. While not impossible, such discussions can be difficult to do by telephone.

A third reason arises when a witness is required to refer to exhibits that are not on the record prior to the hearing. However, this can be managed with some advance planning on the part of the parties through the advance filing of documents. Related to this are situations where the documentary evidence is voluminous and detailed. In one case, the fact that a physician was to testify about lengthy and detailed handwritten and typed notes was a factor in requiring the physician to testify in person.

A fourth concern is whether the witness on the other end of the telephone is being provided assistance by another person in the room or through reference to notes. One solution to this concern is to have a “neutral” person as a monitor with the telephone witness.

A fifth reason for not using the telephone is that rare situation where a witness needs (or wants) to provide demonstrative evidence. This can occur in workers’ compensation hearings, where a worker wants to demonstrate a body movement related to a workplace accident.

In a Saskatchewan criminal case, the solemnity of the court proceeding itself was cited as a possible reason not to allow a witness to testify remotely:

…being physically in the courtroom in the presence of counsel, the accused and the judge, may for some witnesses impose a demand for truth and accuracy which would be missing were they to be testifying remotely.

In that case, the judge ultimately allowed the witness to testify by videoconference.

As highlighted in a recent Slaw post, it is always important that a party that is denied a teleconference hearing be provided with (brief) reasons why it was not considered appropriate.

Despite some of its limitations, the telephone is a useful tool for Tribunals. It can reduce the expense of hearings for participants. That expense is not only related to travel cost. It also includes the time that witnesses must take from their work or their families. It can also result in the easier scheduling of hearings, allowing witnesses to take a small portion of their day to testify rather than a full day of travel and waiting to testify.

Videoconferencing is also a useful tool – but just because it is available doesn’t mean we always need to use it. The old-school telephone might just be good enough.