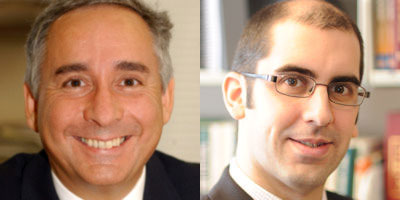 As most lawyers would agree, few recent court cases have had the impact of last year’s Supreme Court decision in R. v. Jordan. A quick look at the CanLII website tells us that it has already been cited in over 200 other decisions in the 8 months since it was rendered and many court administrators have been tasked with finding new ways to comply with its teachings.

As a reminder, the decision affirmed, among other things, that:

[50] A presumptive ceiling is required in order to give meaningful direction to the state on its constitutional obligations and to those who play an important role in ensuring that the trial concludes within a reasonable time: court administration, the police, Crown prosecutors, accused persons and their counsel, and judges. It is also intended to provide some assurance to accused persons, to victims and their families, to witnesses, and to the public that s. 11(b) is not a hollow promise.

Therefore, Departments of Justice across the country have been scrambling to find new and innovative ways to shorten delays or face public backlash should suspected criminals be set free due to an inability to prosecute cases in a timely manner. In some ways, however, R. v. Jordan was a blessing in disguise since it allowed a significantly underfunded justice system to receive new influx of capital. In Quebec, for example, the DOJ received a special 175 million dollar budget to cut delays.

Historically, cutting delays implied two principal measures: building more courthouses and hiring more judges. In fact, this pattern has been observed across the globe every time the access to justice question arose. Although this solution seems to be the one once again being considered in Quebec (the 175 million dollars are said to be mainly aimed at hiring more judges, prosecutors and court administrators, as well as building new courtrooms), we believe it unwise to put all of our eggs in this proverbial basket for two reasons.

First, this seems to be little more than a stopgap measure. In fact, this approach has proven to be unsuccessful time and time again in other countries. We’re not saying that there isn’t a desperate need for more judges and court staff, but rather that history has taught us that adding personnel, although it may have an immediate impact on delays, will have diminishing results as time goes by. Furthermore, since these individuals will most likely get raises, these diminishing results will be accompanied by increasing costs.

Second, the reason why, going all the way back to the fifteen hundreds, the “go to” answer to court delays was hiring more judges, is that it was the only fathomable way to make justice more expedient. However, as economists will be quick to point out, there are actually two ways to address scarcity. One is to increase the offer (i.e. more judges), the other in to decrease demand (i.e. fewer cases). This is where ODR comes in – or should come in. Obviously, decreasing demand shouldn’t mean decreasing access to justice. It should, however, mean decreasing access to judges or, rather, unnecessary wasting judges’ time.

When talking about wasting judges’ time, we’re not referring to a pet peeve shared by many judges we’ve spoken to relating to the fact that parties wait until the last minute to settle cases, making it impossible to schedule in a new case for the assigned judge and courtroom. Although, in this sense, building new courtrooms seems wasteful since many courtrooms regularly remain empty for extended stretches of time.

The waste we’re addressing relates to expertise. The type of legal reasoning that judges are paid for is not necessary in many cases. Reading certain small claims court reports, or even some penal or criminal decisions, one quickly comes to the conclusion that these cases are not judged according to the law, or even in equity. They’re judged using what Justice Robert used to refer to as GBS (Gros bon sens, or common sense). This is why online dispute resolution platforms are now outgrowing their classic consumer dispute roots and branching out to help settle other types of cases such as matrimonial matters, administrative disputes, small criminal infractions, etc. This is not to say that any and all of these types of cases can and should be resolved through ODR, but rather that, as has always been the case, ODR can serve as a way to weed out common sense cases so that judges can concentrate on those disputes that require the interpretation of legal texts.

For the sake of argument, let us say that these common sense cases take up 20% of a court’s time. If, as statistics show, 70% of these cases can be resolved using simple ODR mechanisms, that implies an increase of 14% of time spent on those cases that require expedited treatment as per R. v. Jordan. Of course, it’s difficult to establish how much time common sense cases truly take up, but considering the few hundred cases the PARLe pilot-project has helped settle since its launch in November of 2016, we can already claim to have taken a few weeks of cases off the docket. Just imagine how judges and court staff can now better use that time to settle time sensitive and/or complex cases, all of this while increasing rather than decreasing access to justice. Isn’t this what the Supreme Court is really asking the judicial community as a whole when it states that “Each procedural step or motion that is improperly taken, or takes longer than it should, along with each charge that should not have been laid or pursued, deprives other worthy litigants of timely access to the courts”, or are they really just suggesting to build more courtrooms and hire more staff?

Smart Contracts at the World Bank