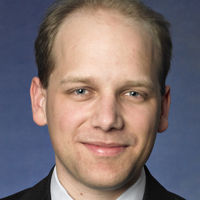 Some of the changes have been controversial and seen as significant concessions by Canada to the United States. One article in the Financial Post, was titled, “Canada ‘caved’ on intellectual property provisions in USMCA trade deal, experts say”. Jim Balsillie, who has been vocal on innovation in Canada, was quoted in a statement as saying that, “Provisions in this new agreement raise [Intellectual Property] protections so that pre-existing IP owners, who are predominantly American, can entrench and extend their monopoly rights and rents for decades to come.”

Here is a list of some of the expected changes that we are tracking:

Copyright – The headline change for copyright, was an agreement to extend the term of copyright protection for 20 years, from the life of the author plus 50 years to life of the author plus 70 years. Another aspect of copyright law that had been closely watched during negotiations, was Canada’s ‘notice-and-notice’ regime for handling copyright infringement on the internet, which contrasts with the United States’ ‘notice-and-takedown’ regime. This regime was grandfathered into the agreement as part of an annex to the chapter on intellectual property.

Patents – The USMCA requires the parties to adjust patent term for “unreasonable” delays at the patent office. While the United States has had provisions for patent term adjustment for many years, Canada has not. Unreasonable delays are defined (see 20.F.9.4) as being delay of more than five years from the date of filing or three years after a request for examination, whichever is later, excluding time not attributable to the patent office. In the fall of 2017, Canada added ‘Certificates of Supplement Protection’ as part of implementing the trade agreement with Europe (see earlier post).

Trade secrets – The intellectual property chapter has a section directed to the protection of trade secrets, which define trade secrets as well as means for enforcement, both civilly and criminally. The United States implemented federal legislation on trade secrets, the Defend Trade Secret Act, in 2016, while Canada relies on a mix of national security legislation, the civil code, common law and contractual protections of trade secrets. It is not clear if Canada plans to pass trade secret legislation to meet the obligations under the agreement.

Trademarks – In the area of trademark enforcement, Canada has agreed to allow enforcement against counterfeit goods that are in-transit in Canada as well as a form of presumption of damages. Currently, border enforcement measures against counterfeits are only available against goods entering Canada. Changes are also expected to be made in the area of geographic indicators, at topic that was already in the process of being amended as part of the CETA agreement with Europe.

Data Protection – The USMCA includes provisions relating to the period of time for data protection/exclusivity for pharmaceuticals – a limit on the ability of third parties to use data on drugs approved for sale. The agreement provides for a minimum of 10 years of data protection for biologics (20.F.14), up from eight years currently in Canada.

The USMCA still has to be finalized and approved but the text, subject to legal review, has been published (link).

The implementation time frame for these changes varies and in some instances will require legislative amendments and implementation regulation details to be worked out. The Canadian Intellectual Property Office is already in the middle of significant changes to procedures for patents, trademarks and industrial designs in order to implement several treaties (see earlier post). The government also announced some changes to patents, copyright and trademark legislation as part of its “National IP Strategy” announced in April of this year (see earlier post). As a result, it may be some time before we see the details of the changes outlined in the agreement.