Leaks to Media May Decrease After Vice Media Decision 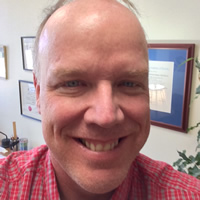 The two biggest political scandals in the news right now – the Mark Norman trial, and the Trudeau/SNC-Lavalin controversy – were exposed by a reliable source who secretly shared information with a journalist. Increasingly this is only viable way that scandals are brought to the public’s attention in this country.

More traditional methods of uncovering corruption – access to information laws, and whistleblower protections that are supposed to encourage employees to disclose wrongdoing – are increasingly irrelevant. As to the former, we know that much information is categorically off limits, delayed, destroyed, not recorded, or access is otherwise evaded.  Whistleblower protection legislation, at least federally, is almost not worthy of the name.

That leaves merely one avenue of exposing criminal wrongdoing that must be protected– disclosure to a journalist who will report the story. It takes a lot of courage to report wrongdoing to the media. You risk losing your job, privacy and reputation, being sued, or even criminally charged. You want to know that who you are, or what you say, will be protected at law. Otherwise why risk it?

This brings us to the Supreme Court’s Vice Media case that was released late last year. It is not a corruption case. In fact, it involves instant messaging communications between a journalist and a known jihadist who was not even seeking anonymity. Most of those communications were shared directly with the public through the journalist’s reporting. Still the police sought a production order to obtain non-published information consisting of screen shots.

The issue was whether police could access the journalist’s file for criminal investigation purposes. The way in which the court resolved this case, unfortunately, is cold comfort to those who might consider approaching a journalist with their story.

The case upheld the production order after balancing the media’s interest in gathering and disseminating information, on the one hand, and the state’s interest in investigating and prosecuting crime, on the other. The media side of the leger looks to the potential chilling effects of disclosure for future journalist informants; whether there was partial publication as well as the vital role that the media plays in society. These factors are to be considered against the seriousness of the crime, scope of the materials sought, their likely probative value and whether there is an alternative measure to obtaining it.

There are two key factors in this mix which the Supreme Court in Vice Media (and National Post before it) gave short shrift. The first – the probative value of the evidence sought – was assumed. The other – the chilling effect on future informants if the information is released – was not.

The Probative Value of Evidence Sought is Assumed

How can one tell if evidence they have not yet seen has likely probative value? The answer is that they can’t in a definite sense. At the same time, if any information relevant to a crime is probative, then production orders facilitate fishing expeditions.

In National Post where the issue was whether a brown envelope containing a forged document could reveal evidence about the perpetrator, the court determined:  “…DNA analysis is capable of producing results even under exceptionally unpromising circumstances… It cannot be correct that the RCMP forensic lab should be prevented from applying well-established modes of analysis to pieces of physical evidence that have been directly linked to a serious crime simply on the basis that in the end such analysis may prove to be unsuccessful.” (para. 73). While this seems to fall short of likely probative value, it shows some effort to analyze the issue.

The probative value of the screenshots was assessed by the majority in Vice Media as “reliable, direct, and probative evidence that would not require second-hand interpretation. Such evidence would significantly advance the investigation and prosecution of the offences alleged.”

That’s it. No more is said about the probative value might be. What might the screenshots tell the police? It would not be the identity of source since that was already known. While the police might have had something in mind (indeed might have even suggested that in their affidavit in support of the production order) the court makes no reference to it. The take away? Any information theoretically related to a possible crime has probative value.

The Chilling Effect for Future Journalist Informants is not Assumed[1]

The majority in Vice conceived of the “potential chilling effects of disclosure for future journalist informants” broadly, recognizing four facets: confidential sources may “dry up”; journalists will stop keeping notes; media self-censorship; and public perception of the media as an arm of the state (para 26). Moreover, the majority acknowledged that chill is extremely difficult to prove. Indeed, one might think, proving chill is no easier a task than guessing the probative value of unseen evidence. Nonetheless, the court refused to “make assumptions without a basis in the evidence in the particular case” (para. 28).

Whereas the court assumed probative value of the evidence, it refused to do so for chilling effect. For both inquiries, however, reasoned speculation is often the best that can be achieved. At core, it can become an issue of upholding one interest to the sacrifice of the other. And the courts have typically had no trouble in favoring the interest of the state in criminal investigations. As counsel for Vice Media pointed out in their arguments, the media’s record of having production orders overturned is limited to just one instance out of thirteen in the past 25 years. The Vice Media decision will only reinforce that trend.

Moreover, this favoring of the state interest in criminal investigations in close cases says a lot about why the Supreme Court habitually refuses (as it did again in Vice Media) to give content to “freedom of the press” as found in the text of the Charter.

[1] Jay Smith-Hayward (3L) co-authored the part on “The Chilling Effect for Future Journalist Informants is Not Assumed” and is currently preparing a research paper on the Vice Media decision.

The Power of a Smile