Legal Aid Expenditures Over Time in Canada: A Complex Story 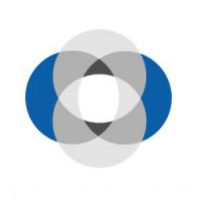 Although legal aid funding remains a challenge, and in many jurisdictions is under threat, a global interest in access to justice has gained momentum in recent years. In part, this interest is built around United Nations Sustainable Development Goal (SDG) 16 with the involvement of new and influential players in access to justice such as the Organization for Economic Co-operation and Development (OECD), the World Bank and the Pathfinders for Peaceful, Just and Inclusive Societies. Some countries in which legal aid is a recent development have introduced national legal aid legislation and are making progress toward national systems. On the other hand, in some countries legal aid has a very low political priority and in these countries the funding of legal aid is often left to the large international donor agencies. This revitalized global discussion about legal aid and access to justice prompted this blog’s examination of funding for the Canadian legal aid system over its nearly fifty-year history. There are variations from one jurisdiction to the next within Canada, there have been occasional cuts to legal aid of major proportions and there is still obvious unmet need. However, it fifty years of commitments by federal, provincial and territorial governments have contributed to the goal of access to justice in the form of an important legal aid system.

This graph tells a mixed story. Prior to 1971 the availability of legal aid was uneven across the country. In most provinces legal aid had been provided on a limited pro bono basis by the provincial Law Societies and by private law firms. Province-wide legal aid had existed in British Columbia since 1952. The Ontario Legal Aid Plan was established in 1967. Non-profit legal aid organizations had been created in Québec City in 1951 and in Montréal in 1956. The federal Department of National Health and Welfare (presently called Health Canada) funded student legal clinics in four provinces; Nova Scotia, Ontario, Saskatchewan and British Columbia during the 1960’s.

In 1980 regulations under the Canada Assistance Plan (CAP) were changed to include civil legal aid as an item of special need, allowing provinces to make claims for contributions to civil legal aid expenditures. CAP was a large funding program administered by the Department of National Health and Welfare through which the federal government supported provincial and territorial programs in health and social services that were areas of federal interest but not clearly in areas of federal responsibility. By the mid-1980’s eight provinces were receiving CAP funding for civil legal aid expenditures. Dedicated federal funding for civil legal aid was discontinued in 1995 when CAP was absorbed into the Canada Health and Social Transfer program, a block transfer program with no reporting requirements for specific areas of expenditure such as legal aid. Part of the story in these graphs shows an upward trajectory of funding and per capita funding, which is a good news story. Of course nothing on this trajectory speaks to the adequacy of overall funding levels for meeting the legal needs of even the most needy in society, not to mention members of the growing middle class, all of whom experience significant personal and collective health and other social costs resulting from unmet legal needs.[2]

Governments at both levels have been the primary sources of funding for legal aid plans. On a national basis, the combined funding by provincial, territorial and federal governments was 93% of all legal aid funding in 1973-74 and approximately 92% in 2017-18. It has long been a principle and an objective of the access to justice movement that governments should accept a primary responsibility for ensuring access to justice. Having said that, given current access to justice challenges,[3] various public and private innovations and solutions are being considered.

In recent years legal aid plans have become more knowledgeable about the importance of socio-legal theory and research for legal aid. The plans have become more policy- and research- oriented, rather than operating as they once did essentially as the largest law firms in the province, although admittedly publicly funded. Legal aid plans in Canada and elsewhere in the world are essential parts of the global revival of the access to justice movement. This inspires confidence that even modest investments will yield significant returns in access to justice if governments and other important funders such as Law Foundations encourage and support adequate funding for, and innovation by legal aid plans in Canada.