The Perfect Ministry of Justice 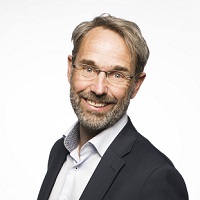 I have just come back from the opening week of the United Nations General Assembly, when heads of state and government flanked by ministers flock in Manhattan for meetings, summits, informals, lunches and dinners. At this year’s UNGA week the leaders took stock of the first 5 years of progress regarding the 17 Sustainable Development Goals. What we saw most in the media was the stock taking of climate. What also took place was stock taking on SDG16, the justice Goal.

We are not doing well. A staggering 5,1 billion people lack access to meaningful justice, according to a report of global partnership led by the Task Force on Justice issued in July. “4.5 billion people are excluded from the social, economic, and political opportunities that the law provides. 1.5 billion people have a criminal, civil, or administrative justice problem they cannot solve. 253 million people live in extreme conditions of injustice, without any meaningful legal protections.”

The good news is that we know more precisely how bad it is. But that’s far away from progress towards solutions. We only have 10 years to go until 2030, the end date for the SDG’s. Luckily, the Task Force on Justice also presents a fresh vision on how to move forward. Three elements stand out for me:

Without a shift to those three pillars we are not going to make the Target. So as I flew back home I reflected: what would the perfect ministry of justice leading the charge to meet SDG16.3 look like?

On 6 January, when they come back from their new year holiday, all employees of the new ministry would get a T-shirt on which the three pillars of the new vision are printed. Their lode star.

It’s political leader, the minister, would be a bridge builder between people, departments, disciplines, and political preferences. He/she would be able to connect justice outcomes to positive outcomes regarding the economy, health, safety, and social cohesion. The minister would set focused innovation goals and create the political space required to achieve them. He/she would not be known for ‘law and order’ but for enabling effective relationship management in society. This minister is ranked second in cabinet, after the PM and on par with the minister of finance.

The ministry would have a new directorate-general for justice data. In some combination with the national bureau of statistics, empirical legal research departments of universities and national research councils the DGJD would develop and maintain a comprehensive data base of needs and experiences of users of the justice system. The data would go well beyond what was happening in formal courts but cover the whole journey to justice, from the moment a possible problem arises to its solution. It would also have so-called output data on budgets, numbers of courts, judges, prosecutors, and the decisions they take. The data could be cross referenced with other government data about health, wealth, education, and so forth. The DGJD would also develop a repository of interventions that have proven to work. All this would be shared on an open access platform.

Another new department would be the directorate-general for innovation. The DGI would keep a constant eye on the data and link that to emerging knowledge and technology. From that it would drive innovation to better meet the needs. The DGI would help set justice innovation targets and ensure there are corresponding budgets. It would work closely with the chief innovation officers of the courts, the public prosecutor, the bar association, and the legal aid board. The DGI would be able to help with the design and running of innovation processes.

Between 5 to 8% of the ministry’s budget would be spent on measuring, evaluating, and learning about effectively meeting justice needs.

The directorate-general for legislation would have a close line of communication with DGJD and DGI and would always be ready to adapt legislation if the data shows that things can be done better. That DG would be an enabler, not a show-stopper. One of the first changes it would help make concerns the regulation of the legal services market, which would be opened up to innovation, impact investment, new players and new partnerships. The Utah Supreme Court and State Bar just published an ground breaking proposal on how that could be done: a new kind of regulator of that market. Other ways will no-doubt emerge.

The directorate general that oversees the courts and prosecution would make its plans based on the data from DGJD and would be helped with setting and achieving innovation targets by DGI and regulation from the DG for legislation.

The minister of justice would have periodic meetings with his colleagues from other countries on what they are learning about people centered, evidence based, innovation driven working and how they are faring towards achieving SDG16.3.

There would be an annual accountability event, organized by the newly established independent national justice observatory. Based on its annual report in which the state of justice is assessed against SDG Target 16.3, the national justice innovation targets, and the data on needs and experiences of citizens, the justice sector spends 2 days discussing progress. The accountability event ends with proposals for adjustments, where needed.

As the plane landed I realized I had a smile on my face. But, looking out the window, I saw the Dutch weather was in its usual September state: sun, rain, wind, blue, grey, all in one day. Unpredictable.