April 23 rd 2020 Comments Off on Weapons of Mess and Disruption?
Share
Posted in:
Column

Weapons of Mess and Disruption? 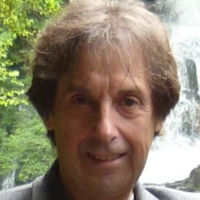 Perhaps it is at least in part the fault of the idiot wing of the fund management business, that it seems to have become necessary for every aspiring new entity seeking to serve the legal and professional information sector to classify itself as a “disruptor” or “disruptive”. Whether or not such entities, their products and services are capable of achieving the criteria set by the fundamentalist religious cult enthusiast attributed with having identified the concept, nonetheless, to attract the funds and appear to be on message, they have to be disruptors. I find it tiresome to see commentators, as well as wannabe legal information and software providers, even before they have achieved anything of note or worth and, more than likely, not long before they disappear, describing themselves as disruptors in the markets in which they hope to have presence. It is so predictable, any time they have opportunities to publicise their often most ordinary efforts, that the word has to be introduced. Yet, for example, the well-publicised downfall of the fund manager, Neil Woodford, seems to be, at least partly, due to the alleged shift of his choices in favour of such businesses.

There seems to me to be insufficient embarrassment or modesty in using such grand terms, especially when, for example, around a quarter of a century after blogging began, apart from the creation of the word itself, it was, from the start, hardly conceptually radical, nor is its supporting software; the new becomes the old. Likewise, interpreting and analysing caselaw is not new. Regarding legal software, the majority of tweaks, twists and turns offered by providers hardly qualify. All such functions might continue to increase in sophistication, use and popularity but being of moderate interest to a growing number of enthusiasts or doing established tasks on the cheap and cutting out the difficult parts, is not disruption. Artificial intelligence applications, to the extent that they have thus far been introduced into the legal market, are not even close to being viewed in these ways. One can only speculate as to what long-term effects the 2019/2020 pandemic will create, including the extent to which it identifies those which, by accident or design, emerge successfully from it.

One of the problems might be that in reality there is no absolute definitional consensus about what is and is not disruptive innovation but, almost certainly, little of it will be found in and around legal circles. The Dewey B Strategic web site highlights Analytics, AI and Insights: 5 Innovations that Redefined Legal Research as interesting innovations, some of which now sit within the staid and conservative environments of the established and Establishment legal information and software providers. However, none of them have significantly displaced their predecessors, gained global support from markets or made the legal profession substantially different in how it operates. They may very well be interesting, but they are hardly capable of sitting alongside Amazon, Google and Wikipedia.

Maybe what I find significantly bothersome is not the levels of success or failure in the innovations that are witnessed but more the hideous abuse of language to describe it, combined with the subtle or hidden messages that might lie behind the boastful words. Once such a word is introduced and achieves the intended objective of creating lack of clarity and precision, indeed, simply of dumbing- down, it is taken up and will not be let go. It sometimes serves to glorify the stupid and the obsession with self; it conveniently mingles fact with fiction, truth with lies, with its pseudo-psychology and vague sociological references and depends on blind faith in the goodness and effectiveness of the technology and the motivations of its creators. The law being rightly obsessed with words and phrases, their meanings, interpretations and uses, I believe it is legitimate to know if, for “disruption”, we mean “dumbing-down”, or worse. I imagine that some “disruptors”, as well as all the law publishers, believing in their own importance, will be disappointed not to find their efforts on crisis “critical sectors” listings.

I think that users need to be critical and analytical in evaluating the “next big thing”, primarily to be sure that it serves its intended purpose but additionally to know that those purposes are worthy and for benefits that are worth attaining. We know of many renowned disruptors, including, by way of examples, Trump, Stalin, Hitler, J. Robert Oppenheimer, as well as Alexander Fleming, Tim Berners-Lee and Alexander Graham Bell, but it is advisable to separate them in terms of societal value. I would be concerned about those who, behind a face of radicalism, have dark agendas. When, for example, a powerful yet unelected government servant calls for “weirdos and misfits with odd skills” to apply for new jobs within the administration, is that progressive, as it may seem at face value, or, as many have suggested, an open door to racists, sociopaths and fanatics of all kinds, the unprincipled and undisciplined, combined with a disrespect for protective laws and for the welfare of others? It is certainly disruptive. In legal and professional information provision, by its widest and deepest definitions, one wonders if the so-called disruptive innovation has the objective of improving legal understanding, evolution and practice for the benefit of society or is it simply to make obscenely rich people much richer and allow a small number of others to get rich quickly, while ever-greater numbers struggle. As has reassuringly been written, regarding a campaign in England and Wales to create a repository of court judgments, “opening up the corpus of case law is not just about helping lawtech entrepreneurs make millions”. Barrister, Sophie Walker comments, “technology has a huge power to equalise access to justice [….]; access to data is central to access to justice.”

I remain of opinion that the legal publishing business is pretty much dead and the future, to the extent that anything can be predicted, lies in an evolved electronic world. However, when it is at its best, its attachment to internationalism, scholarship, analysis, by way of its primary functions of providing works of practical and theoretical learning, current awareness, integrated online content, applications, expert systems, documentation and more, its objectives are likely to be primarily honourable. In part, this is measured by the qualified but loyal support it has received from practitioners and worthy institutions, for centuries, together with the various important undisruptive initiatives, whose announcements come from less noisily spoken voices, despite their significance. The constant innovation that, in my personal opinion, is seen from information businesses like vLex Justis and others of that ilk, shows how to remain relevant and respected, while embracing and driving technology. Of course, it also helps rich people to become richer and, for the most part, supports the objectives of the Establishment but it does more, occasionally even good and decent acts.

However, I am somewhat concerned that within the so-called disruption and among the so-called disruptors, there might just be, in the current climate, the potential for it to spread linguistically, like a mild neurological infection, a little in the direction of some manifestations of modern-day populism. Maybe, and uttered partly with tongue-in-cheek, observing where they exist, the pretentious corporate evangelists and gurus, even joined perhaps, for better or worse, by the occasional weirdo and misfit, together with that great self-belief, however unsupported by evidence, it is not their work but their limited, tired and hackneyed vocabulary which makes me uneasy. What is wrong with words like “change”, “risk”, “new”, “innovative”, “aspiring”, “energetic”, “competent” and so on, reserving the “D” word for the day when Westlaw and Lexis Nexis are distant memories? Yet, for all the criticisms that are levied against the latter, they remain capable of holding on to markets and entrenching their products and services, so perhaps, assuming that something meaningful survives, their reign will not so quickly be ended. They might even disrupt the disruptors.