Does the Proposed 25% LSO Fee Reduction Make Any Sense? 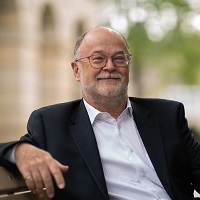 The last six months have been a challenge for everyone. The impacts of the pandemic have differed but no one has been spared. Lawyers and paralegals are no different. We have all been affected, in varying degrees and in varying ways. For many of us, the fact that we provide professional services rather produce goods or provide retail services has helped as many professional services need not be provided in person. Remote work has been possible for many. But some have been particularly affected.

The incomes of those who are employed, whether in business, government, larger firms or otherwise, have generally continued. Some private practitioners have prospered as clients face new legal challenges. Real estate markets have not seized up as they did in the 2008 great recession. But the work available to be done for some has seriously diminished as courts closed and have since cautiously reopened. Many new lawyers and paralegals have struggled as opportunities have dried up. Government pandemic programs have helped some practitioners and better-established practitioners have resources that can be drawn upon.

In the face of serious difficulties, it understandable and appropriate that practitioners look to reduce costs including licensing costs. It is equally appropriate that the Law Society address the costs of regulation which can be particular burden in these difficult times

For those who have paid attention to these matters, the Law Society of Ontario reduced licensing fees for 2020 and has been critically examining the programs undertaken and regulatory burdens. With the advent of the pandemic, the CEO has brought forward proposals for strategic change, some of which have already been approved in principle by Convocation. The 2021 budget is being prepared and will soon be brought forward.

Surprisingly, two benchers gave notice on September 1, 2020 of a motion to Convocation returnable on September 24 to require that the 2021 licensing fees for all members of the Law Society be reduced by no less than 25%. The stated rationale is the claim that “virtually all members in private practice” have suffered a “devasting financial impact” as a result of the pandemic and that access to justice and the public interest requires that members are “able to remain financially viable”.

There are a number of serious issues raised by this motion:

There is important work to be done to ensure that the cost of regulation is no more than it should be in the public interest. Regulatory burden is particularly relevant in these difficult times. A large arbitrary general fee reduction may make suit the political views of some members. But this would not be good policy and would be inconsistent with the long tradition of our professions of responsible self-regulation in the public interest.

[1] Few paralegals in private practice are in firms of 10 or more.

Do You Believe in Peer-Review?

And Now for Something Completely Different…