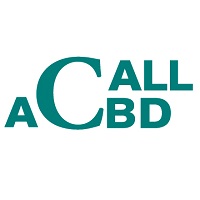 Several times each month, we are pleased to republish a recent book review from the Canadian Law Library Review (CLLR). CLLR is the official journal of the Canadian Association of Law Libraries (CALL/ACBD), and its reviews cover both practice-oriented and academic publications related to the law.

Intimate Lies and the Law is an in-depth review of deceptions in intimate (defined as sexual, marital, or familial) relationships, the law that governs these deceptions in the United States, and recommendations for next steps. This book was a delightful combination of well-researched and well-written academic prose, interspersed with illustrative examples of intimate deceptions cited from case law or media reports. The chapters on the current state of the law include endnotes and references to legislation and cases.

Hasday is clear from the introduction that she believes the law regarding deception by intimates is unduly restrictive, especially when compared to the law governing deception by non-intimates. She defines deception as “intentional acts or omissions—including statements, deeds and silence—designed to make another person believe something that the deceiver himself does not believe to be true” (p. 2).

In Part I of the book, Hasday describes and defines different kinds of intimate deceptions. Linchpin deceptions are central to the relationship; but for this deception, the relationship would not progress. Gateway deceptions are those that have additional benefits to the deceivers. Con artistry can include gateway deceptions, but it is differentiated by the deceiver gaining a benefit, usually financial, from the deceived person herself. Deception for mastery and control includes people who lie for thrills, economic gain, sex, and for control of the actions of their partners. Deception from subordination can include deceiving a spouse who secrets away money to control the finances, or children lying to their parents about friends, drugs, alcohol, or sex. Deception to maintain a pre-existing façade describes people who lie about employment or educational achievements.

In her analysis of why intimate deceptions work, Hasday reviews existing privacy protections and social pressures that discourage people from performing background and credit checks through even cursory online searches. Legal restrictions on surveillance can prevent the audio or videorecording of a spouse suspected of cheating. The injuries caused by intimate deceivers can include financial losses, bodily injury, legal risks, lost time and opportunities, and emotional and psychological harms. Deceptions can also lead to harming other parties due to a lack of a relationship with a biological child or parent.

Part II reviews the law of intimate deception. It begins with “heart balm” suits of the late 19th and early 20th centuries, which allowed women to sue men for seduction and breach of promise to marry. In the 1930s, legislatures began outlawing these suits, largely on the basis that no modest woman would bring such an action. Since that time, courts have relied on this legislation to dismiss actions for fraud, misrepresentation, and similar actions on the basis that they are heart balm suits in disguise, and Hasday includes examples from as recently as 2004. In her analysis, Hasday places the legal developments within a social and historical context, using it to illustrate how changes in the law reflect or rebut changes in society. The shift from fault-based to no fault divorce is an example of this.

Hasday outlines the modern distinction between deception both within and outside of an intimate relationship, reviewing cases and other examples, including non-marital sexual relationships, financial deceit in marriage, and annulment. She points out that intimate deception can be a defense even when the parties don’t know each other well, citing an example of an entirely fictional online relationship. She discusses the current state of the law, which largely provides no protection or redress for victims of intimate deceivers except in extraordinary circumstances. The courts and legislatures have consistently confirmed that some intimate deceptions should be protected. The last substantive section discusses how courts have responded to intimate deception in non-marital or romantic relationships.

Finally, Hasday concludes with work yet to be done. Ultimately, her thesis is that courts should not blame intimates for being deceived where they would not put the same onus on non-intimates or use public policy concerns to deny protections. She proposes improvements including legislative reform, public education, and better access to public records.

Intimate Lies and the Law clearly demonstrates how the treatment of intimate deceptions in the courts and legislatures has resulted in more punitive losses to the victims, compared to victims of non-intimate deceptions. While this book focusses entirely on the concept of intimate deception within the U.S. legal context, without reference to other countries’ legislation or courts, I recommend it for large academic libraries, as well as family, criminal, and civil litigation practitioners, who have likely run into situations such as the ones described.