March 6 th 2012 Comments Off on And the Language Debate Continues
Share
Posted in:

And the Language Debate Continues 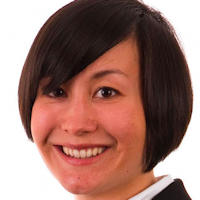 Quebec media is reporting today that the city of Huntingdon, south of Montreal, will be contesting what is commonly known as Bill 101, or officially, the Charter of the French Language (see here or here).

In January of this year, the Office de la langue française (“Office”) received a complaint alleging that the city was sending out bilingual documents in its communications to its citizens. The Office invited the city to respect section 15 of the Charter of the French Language that states:

15. The civil administration shall draw up and publish its texts and documents in the official language.

The City has since passed a resolution not to comply with the Office’s request and will ask the provincial government to modify the law, thus allowing a city and its citizens to choose the language in which they wish to be served. According to the Charter of the French Language, when over half of a municipality’s population is Anglophone, that municipality can ask that the Office recognize that it can send out communications in both French and another language. The articles linked above write that only 44% of Huntingdon’s population is Anglophone.