April 24 th 2013 Comments Off on Legislating Queer and Non-Traditional Families
Share
Posted in: 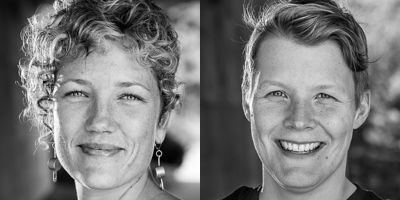 Recently a precedent setting family law case involving a sperm donor claiming to be a parent of a child born to lesbian mothers was settled out of court. Not unlike many non-traditional families the women in this northern Ontario case conceived a child by way of donor sperm, but precedent setting in that the sperm donor applied to the courts to be declared a parent and for liberal access rights to the child.

Settling out of court is great for the parties involved who got to determine the details of their settlement agreement and put an end to long and expensive litigation. Of course, this agreement doesn’t apply to any other queer parents or families living in similarly ambiguous legal regimes. Neither Ontario’s Vital Statistics Act or Family Law Act speak to these types of non-traditional families.

There remains a legislative gap in Ontario when it comes to queer families who don’t replicate the monogamous two bio-parent model. LGBTQ parents in Ontario can adopt children, including from sperm donors and surrogates, and can purchase anonymous international sperm from a privatized fertility clinic but the law is silent on affirming their families of choice when they’re created in many other non-traditional ways. Ontarians having kids by way of a known sperm donor, surrogate, or in configurations of more than two parents, do so in precarious legal times as there is a lack of legislation and case law that explicitly recognize the intended parent project. In the northern Ontario case the bio-mom and the sperm donor signed an agreement stating that he was not to be considered a parent of any child born from the insemination. There was an understanding that both women would be the parents but after the child was born he changed is mind.

In Ontario, two women can be legal parents to a child if it is conceived by way of donor sperm purchased through a fertility clinic and the donor is considered unknown. (But as the Assisted Human Reproduction Act prohibits the sale of reproductive gametes in Canada sperm needs to be purchased and imported from abroad). However, if someone you know donates sperm (common in the queer community) the status of the donor is unknown and technically the non-bio parent should adopt the child from the donor.

This distinction is problematic on many fronts. First it privileges parents who can afford to access fertility clinics (I’m pretty sure there aren’t any in northern Ontario). It also requires a non-bio parent to adopt their child from someone else, adoption can be expensive and onerous let alone an offensive process for a parent to have to undertake. In the northern Ontario case the sperm donor changed his mind before adoption would ever had been an option. There are also many reasons that people would want to know their sperm donor and it puts parents in a position of having to choose between legal stability and knowing the genetic background of their child.

Galldin Robertson acted as counsel for the LGBTQ Parenting Network a community organization granted intervener status in the northern Ontario in order to assist the court in understanding the unique nature of LGBTQ-led families. We argued that although it is radical for the law to recognize two women as parents to a child against the wishes of the sperm donor to whom a child is genetically linked, it is nonetheless one of the culturally valued ways in which queers have children. The LGBTQ Network told the court that it is in the best interest of children that the law respect the intended parental project of LGBTQ-led families in order to allow these families to exist safely and with dignity and legal stability.

To date three other provinces explicitly legislate the ways in which non-traditional families make kids. Both Alberta’s and BC’s (as of March 18, 20130) family law legislation include provisions relating to surrogacy, assisted human reproduction and donation of reproductive material, specifying that donor’s are not necessarily parents. The Civil Code of Quebec explicitly recognizes parties to “parental projects” and grants rights to non-bio moms.

The rest of the country needs to catch up to these 3 provinces. We shouldn’t rely on the next test case family to take the emotional, personal and financial hit involved in asking the courts to validate their non-traditional families. Supporters of non-traditional families need to support the work of organizations like the LGBTQ Parenting Network, respect all types of non-nuclear families, and advocate for the formal recognition of all families that fall through the legislative gaps.