May 2 nd 2013 Comments Off on “Get Your Head Out of the Boat”
Share
Posted in:
Column

“Get Your Head Out of the Boat” 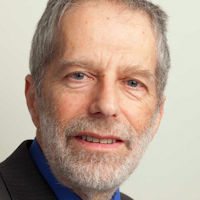 I used to race our sailboat, a 35-footer (11 meters) that required a crew of about nine to be competitive. When I helmed, or steered the boat, I would sometimes drag down our performance with three common mistakes:

Project managers often fall prey to the same three mistakes in the context of project management.

I wasn’t a terribly good racing sailor. Indeed, none of our regular crew, equally busy-with-real-world-jobs colleagues, were that good. Over time, we learned to deal with our limitations and compensate where we could.

For example, we sometimes convinced better sailors to race with us. We learned from them, watching carefully, taking pointers, asking questions. Over time, we got better.

We also figured out how to maximize our strengths – e.g., in the crew roles we took on. We were never a boat-of-the-year candidate, but as years passed we accumulated a couple of shelves worth of trophies – and had a lot of fun on the water.

Project managers can take the same tack, without even risking sunburn. Learn what it is that you don’t know and can get better at. Find instruction and coaching. Read. Locate people in your organization who are better than you, and ask for pointers (or get assigned to one of their projects).

Try things, and analyze afterwards with your team what worked well, and what didn’t work as well. Keep doing the good stuff, and try other approaches with the not-so-good.

Over time, you’ll get better. Indeed, you can get better quickly by taking some fairly straightforward steps.

Another sailor once noted, “You can learn the basics of sailing in a couple of days, and then spend your life getting better at it.” Project management isn’t that different.

Because it was my boat, I tried at first to do it all – steer, call tactics, navigate, guide the less experienced crew members through maneuvers, etc. As a result, I did little of it well on race day because my attention was divided. I didn’t enjoy it as much as I should have, either.

Finally, one of the crew, who knew me from work, said, “You don’t manage your department like this. Why are you trying to do it all on the boat?”

Project managers know they should delegate. However, even those of us comfortable delegating often forget to do so when we get fully engaged in a project, especially one that’s under stress. (Do you think there might be a bit of stress in racing expensive five-ton machines within a meter of each other while subject to the vagaries of wind, waves, and other sailors?)

When project pressures hit, stop and take a breath. You’re not in the courtroom, the judge staring you down, awaiting your immediate response.

Then “Play D” against the work piling up:

Most lawyers find the first D, delegation, the toughest one to learn, and the hardest to remember under pressure.

“Head in the Boat”

“Get your head out of the boat” is a reminder to sailors that they need to pay attention to more than sail trim and the various instruments showing boat speed, compass heading, and so on. Is that boat a hundred yards away sailing in better wind? What is the current doing to our left? Is the guy in the fishing boat drifting into our course? The information you gather directly from the boat may indicate how well you’re sailing right now… but it tells you nothing about whether you’re sailing in the right direction, let alone sailing the best course given the overall wind, current, and competitors.

It’s seductively easy to focus solely on what’s right in front of you, such as keeping boat speed at its maximum. However, letting your immediate or ongoing task devolve into your only task is a classic case of failing to see the forest for the trees.

Project managers too often confuse the urgent with the important. Not only is the stack of urgent requests right there in your face, but clearing the decks of a half dozen urgent items engenders a warm feeling of accomplishment. You can’t simply ignore the immediate to play the long-term game, but neither can you allow the never-ending pile of pressing problems suck up so much attention that you fail to steer the best course – and watch for other boats.

Over time and on their own, most project managers figure out how to acquire missing skills. The more successful ones eventually not only learn to delegate but begin to enjoy the experience. The third trap, however, can spin them around for years before they learn that with too narrow a focus they miss the good stuff.