Senate Jokes Are About as Well-Informed as Lawyer Jokes, Particularly Those Coming From the “Non-Insiders” 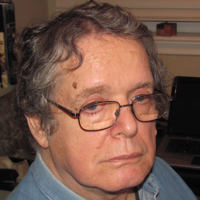 In the interest of full disclosure I begin this piece by confessing to being a “Senate Junkie,” as a dear friend described my interest recently. I began reading Senate Debates and committee proceedings when I was in Grade XI, at the North York Central Library and continued following the work of the Senate in great detail for more than 30 years, and, more generally in the last decade or so. Sadly, the current debate about the Senate is so ill-informed that I am mildly afraid that I will be disqualified on the ground of knowing what I’m talking about. Whether such a finding would be justified I leave to you, dear readers.

The so-called “Senate scandal” is about the delinquency of three or four senators[i] (out of 105 senatorial seats and with three current vacancies) who have been found to have been billing for reimbursements to which they are not entitled. One does not have to favour deceit, or to fail to condemn those who take more than their share to recognize that the wrong doing of these few has become a thinly veiled excuse for a general attack on the Senate as an institution both by Stephen Harper and by Tom Mulcair. Various journalists, Margaret Wente has become a leading example, have also rushed in to insist on their right to an opinion on a subject about which they are uniquely unqualified.

It is my belief – on several grounds – that if (a) the Senate were less disliked, particularly by journalists and (b) Canadians were less ignorant about the Senate and the work that it actually does, it would be harder for political leaders and journalists to engage in the bad mouthing of the institution as a whole over the misconduct. It is not necessary to loathe the institution – which I, among others, actually much admire – to think that it has room for improvement. Of course, what has kept it so largely in its original form is the difficulty agreeing on just what reforms are most desirable to the greatest number of provinces.

The connection between Harper’s original position and Mulcair’s is that both proposed to carry on as though the Senate provisions in the Constitution Act, 1867 did not exist: Harper refused, when he first took office to make appointments with the result that he could not get his legislation passed. Harper, like everyone else, is entitled to his own opinion, but if we recall the term “the machinery of government,” following the present provisions for filling Senate vacancies, a frequent favourite of PCO staff, is akin to using whatever kind of gear stick (or other essential features) with which the car you are driving is equipped. Likewise, Mulcair’s proposal to de-fund the Senate, would, of course, make it impossible for the Senate to function. But, as the Supreme Court observed in the previous Senate reference decision, the Senate is one of three vital parts of Parliament as it is now constituted. Indeed, there is something quite dangerous about political leaders who think that, by dint of their own will, or their caucus’s resolutions, they can over-ride the Constitution.

Wente described the reports of Senate committees as “useless”. I would not think that any study that reviews the historical and current fact situation in a given policy arena and then makes recommendations that are two or three steps ahead of the government, but not too many more, is actually invaluable. I have seen two articles by people who have frequently appeared as witnesses before both Senate and Commons Committees that set out their writer’s reasons for favouring the Senate committees: (1) Senators come to committee much better prepared; (2) the discourse is much less partisan, and (3) they listen. The late Justice Abraham Lieff, a friend of my father for many years, told me once that he began his legal career doing parliamentary relations (a field in which I have worked for many years). Looking back to those long ago days, after many years on the bench, Justice Lieff asked about my experience with committees, “Did they listen?” Neither group of parliamentarians is perfect on this question but, if one were scoring committees, the Senate committees would score far higher than the Commons committees.

The Senate does do a serious job of reviewing legislation – not as often as some people, myself included, would wish, but more often than is generally acknowledged. Reporters and academics in a hurry flip through the Senate Hansard index for votes defeating bills. But, in keeping with their non-elected status, senators often find creative alternatives rather than defeating a bill outright. A bill on humane trapping led to a coalition of Aboriginal senators and senators on the Legal and Constitutional Affairs Committee agreeing that the bill jeopardized s. 35(1) Aboriginal and treaty rights. The Committee split the bill, recommended passage of the portions not affecting those rights and produced amendments to the other bill that protected the previously imperiled s.35(1) rights. I can think of a series of other examples of a Senate committee finding creative ways to improve a bill by correcting its worst defects rather than defeating it.

The Senate Committee on Aboriginal Peoples has become a safe haven for quite sensible studies of successive Governments’ failures to fulfill their s.35 (1) obligations. Considering the Government’s hostility to these rights and the increasingly politicized style of the Aboriginal Affairs Committee of the Commons this is a great and important service.

When I have reviewed the bills that were either defeated or substantially amended against the government’s wishes I notice that in each and every instance one or both of two arguments have been made: first, that the bill violates one or another fundamental right; and, secondly, that the Commons passed the bill without much scrutiny. I think this weighs strongly against the Harper argument about the Senate being undemocratic.

If the majority of senators can be convinced that a bill violates the Charter (and possibly other sources of rights) then, clearly, those senators have a duty to oppose the bill. Prof. Brian Slattery argues that the Court is actually the third line of defence against Charter violations: the drafters have an obligation to work within the framework of the Constitution and parliamentarians, in both Houses, have a duty to pass only legislation that is plausibly constitutional.

The only tie vote in the Senate arose from a report of the Legal and Constitutional Affairs Committee recommending against the adoption of Kim Campbell’s anti-abortion bill. Prof. Lorraine Weinrib told the Committee that that bill was more unconstitutional than the one that the Court had already struck down. The Liberal women senators managed to bring enough Conservative women senators over to opposing the bill that it was defeated in the Senate, following the report of the Committee, on a tie vote.

If the Commons is going to pass such bills, then I, for one, am grateful that we have a Senate that does intervene from time to time. One recent article criticized the Liberals for holding up the Conservative resolution to invite the Auditor General to review Senatorial expenses. But the Government Leader, Sen. Marjorie LeBreton, has taken to distributing resolutions after the Senate has started to meet on the day she wants them passed. The rules provide for 48 hours for Senators to read resolutions, motions and bills before being asked to vote on them.

I won’t begin to get into reforms that I would favour. I’m concerned here, simply to establish that those who embark on tirades against the Senate because of the misconduct of three or four senators, tend to speak and act out of highly ideological and largely ahistorical thinking; and, that the radical disconnect between the malfeasance of a few senators and the actual strengths and weaknesses of the Senate simply confounds the issues.

[i] Sen. Marc Harb, a Liberal from Ontario, is contesting the claims against him, hence, “three or four.”