The Naming Tradition in Legal Publishing 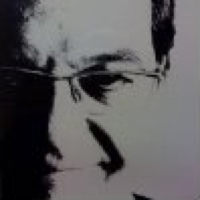 When is an author not the author?

The publication of the twenty fifth annual edition of Tremeear’s Criminal Code by David Watt and Michelle Fuerst raises an obvious question about the naming tradition in legal publishing. Why name a new edition of a book after someone long deceased, who had nothing to do with its creation.

The making of a “tradition”

Over the past century or two, a practice evolved whereby legal publishers launched new editions of established works under the name of the original author long after that person passed from the scene. The new editions would be prepared by ambitious young lawyers with appropriate pedigrees who hoped to gain stature and reputation by linking their name with the author of the established work. Reputation by association so to speak.

Initially, a young lawyer would be named as the “editor” of a new edition of a work originally authored by someone else. After two or three editions, in which the editor put his or her stamp on the publication, the editor would be promoted to co-author of the work. Eventually the editor might even displace the original author, once he or she had become established as the leading authority on the subject.

Commercial Origins of the Tradition

The origin of this “tradition” was clearly commercial. Launching a new no-name publication is time consuming, risky and expensive. There is no certainty that the legal publisher will cover its costs of production, let alone the cost of marketing a new work.

By comparison, publishing a new edition of an established publication is comparatively easy. The legal publisher knows who is interested in the publication and how many of them are likely to purchase a new edition. Print runs are certain and marketing costs insignificant.

Once a publication is established in the legal marketplace, the publisher even gets to choose the most opportune time to publish a new edition. In the early years, the publication of new editions was tied to significant legislative change. More recently, annual editions of key practice titles have become the norm.

The only real challenge for the publisher is to find the right person to prepare a new edition when the original author becomes unable or unwilling to do so, usually someone who is highly credible but not so far along in their career as to demand star billing.

The pursuit of a shared personal interest in a new edition by both the publisher and editor came over time to be marketed as a “tradition” in legal publishing. Authors of were encouraged to grant copyright to the publisher on the premise that their work would never die if the publisher was granted the rights. The contract would frequently provide that the author’s name would remain on all future editions of the publication in exchange for assigning the publisher the copyright. There are many examples of authors long since deceased whose names have lived through literally dozens of subsequent editions of their seminal works. The Tremeears Criminal Code is but one of them.

It is now more than a quarter of a century since David Watt first approached Carswell regarding the preparation of a new edition of the Tremeears Code. The sixth edition of Tremeears Criminal Code by Leonard J. Ryan had been last published in 1964 and a new edition was overdue.

David Watt seemed to be an ideal choice as his successor. He had both the background and the determination to make the project succeed. When I first met him, I was impressed by the breadth and depth of his publishing ambitions – his stated objective at the time was to write the definitive statement of every aspect of criminal law of Canada, including substantive law, the law of criminal procedure and the law of evidence. At this point in his career, he has come remarkably close to doing just that. His long list of credits include: Watt’s Manual of Criminal Evidence, Watt’s Manual of Criminal Jury Instructions, Helping Jurors Understand, and Criminal Law Precedents.

Michelle Fuerst, his partner in the Tremeear’s venture, has an equally impressive background. Her publishing credits include the Law of Evidence in Canada (as a co-author of the recent editon of the Sopinka classic) and The Trial of Sexual Offence Cases.

As time would tell, they would prove to be the ideal choice.

W.J. Tremeear was the author of an annotated criminal code originally published in 1908 by the Canada Law Book Company. Mr. Tremeear was the original editor of the Canadian Criminal Cases. The case summaries that he prepared for the C.C.C.’s from 1898 until his death in 1927 were the raw material for creating his original annotated Criminal Code and for his two subsequent editions.

As well as being the founding editor of Canadian Criminal Cases, W.J. Tremeear was one of the original Managing Editors of the Canadian Encyclopedic Digests and the author of literally dozens of titles in the first edition of both the C.E.D. Western and the C.E.D. Ontario. No one did more than W.J. Tremeear to help lay the foundations of a legal literature for Canada.

After his death, the annotated Criminal Code had a number of editors, all of whom continued to use the Tremeears name in the title and on the spine. A sketch of the subsequent history of the Code can be found in the Preface of the sixth edition by Leonard J. Ryan published in 1964:

Mr. Tremeear’s annotation was first published in 1902, ten years after the enactment of the original Code. His three editions, as well as the fourth edited by Arthur W. Rogers, and the monumental fifth edition, by the late Alan B. Harvey, were based on the 1892 Code, as amended from time to time and consolidated in 1906 and 1927.

In his Preface to the fourth edition, Arthur W. Rogers describes both the effort and the result that went into the preparation of Tremeears :

The late W.J. Tremeear produced three editions of his Annotated Criminal Code. To their making he devoted countless hours of painstaking care directed by a mind well versed in legal learning. Definite improvements in style of treatment were made with each until he achieved, with his third edition in 1919, that which he no doubt sought, a compliation of the law that practically every lawyer was bound to have and once having, was bound to keep….The reason for the popularity of the book is not far to seek. The law was where the practitioner expected to find it, well classified and carefully indexed. So Tremeear’s Code became known as “a very present help in trouble” a veritable defence counsel’s “bible”.

Leonard J. Ryan continued this tradition, publishing numerous cumulative supplements to the sixth edition before passing the torch to his successors.

Twenty five editions ago, it became the turn of David Watt and Michelle Fuerst to put their stamp on the Criminal Code. Their approach differed from that of Tremeear in several ways. The most obvious is the frequency of new editions. Annual editions published whether the law had changed or not, replaced periodic revisions linked to significant changes in the form and content of the Criminal Code.

Another notable change to the Tremeears Code in the hands of Watt and Fuerst is the addition of charts and tables in which Criminal Code offences are dissected and cross-referenced. by starting a research trail through the charts and tables in preference to the conventional Table of Contents and alphabetized key word Index, one can see the Criminal Code from a different perspective. In its essence, however, the Code remains a collection of case summaries grouped by key words with cross references, that characterized previous editions, enhanced with “comments” in the form of short précis for every section and easy to read case summaries that substitute abbreviations for Defendant/Accused (D), Prosector/Crown(P) and Victim/Complainant(V).

At this point, however, it is unlikely that a single phrase (except those contained in the Criminal Code itself) in the current edition of Tremeears can be found in the original editions prepared by W.J. Tremeear. The great man has passed from the scene both in form and substance. All that remains is his name. The debt due him for his significant contribution to the creation of a legal literature for Canada has been paid. It is time to move on.

It really is time for the first edition of Watt and Fuerst’s Criminal Code of Canada. Just a thought.

Footnote – It is not often that publishers change from edition to edition. Publishing rights to commercially successful publications are carefully guarded by a publisher. The Tremeear’s Criminal Code is a rare exception to the norm. Tremeear authored three editions of the Code. The first edition of Tremeear’s entitled simply the Criminal Code of Canada was originally published by Canada Law Book in 1902, as was the 2nd edition in 1908. Burroughs of Calgary published the 3rd edition in 1919. Without saying how it happened, Butterworths:History of a Publishing House states that Burroughs broke away from Canada Law Book in 1912 to set up his own business and somehow took the Tremeears Code with him.