Learnings From the Demographic Data on Litigants Without Counsel 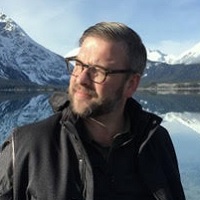 The demographic information on litigants without counsel available to date reveals a number of interesting patterns: most litigants appear to be 40 years old and older, and people in that age range are involved in litigation at rates far higher than those in younger age groups; although most litigants have lower incomes, a significant number have incomes around or exceeding the average income; and, litigants’ often high incomes match their educational achievements, which often exceed the average. All of this information strikes me as potentially useful when designing services and reforming processes for litigants without counsel.

In her 2013 report Identifying and Meeting the Needs of Self-represented Litigants, Julie Macfarlane obtained demographic data from 230 litigants without counsel in Alberta, British Columbia and Ontario. The Nova Scotia Department of Justice surveyed 58 litigants without counsel for its 2004 report Self-represented Litigants in Nova Scotia. For their 2005 report BC Supreme Court Self-help Information Centre Initial Evaluation Report, John Malcolmson and Gayla Reid surveyed about 300 or so of the centre’s users.

(I could only find the 2006 data in mid-decade age cohorts, and it’s a bit difficult to compare the findings in the Malcolmson and Reid report with the census data as a result.)

(Note that the average incomes vary between urban, rural and remote communities.)

The reports also suggest that litigants without counsel tend to have taken more schooling than most Canadians:

According to Statistics Canada’s 2011 Education in Canada: Attainment, Field of Study and Location of Study report, 64% of Canadians have a post-secondary qualification of some nature, 23% have graduated high school and 13% have neither. Here’s a chart from the 2011 census showing the educational attainments of people age 25 and over for Alberta, British Columbia, Ontario and Nova Scotia.

(Note that this data shows only completed diplomas, certificates and degrees, and thus excludes people who took a year or two of post-secondary education before leaving school. Note also that the average level of educational attainment will likely vary between urban, rural and remote communities.)

The Canadian Research Institute for Law and the Family discovered the same kind of demographic profile among users of a public legal education resources in its recent study An Evaluation of the Clicklaw Wikibook JP Boyd on Family Law:

A few preliminary conclusions and a few tentative suggestions

The reports’ findings on age are interesting. First, according to the Statistics Canada data, Canadians’ peak earning years are between 45 and 55. This is probably helpful for people involved in a court proceeding, as the bubble of litigants noted by the Macfarlane and Malcolmson and Reid reports falls right in the midst of this age group. However, given that the reports also show that the significant majority of litigants without counsel are unrepresented because they can’t afford to hire a lawyer, it seems that these particular litigants cannot afford to retain counsel even at their highest earning years.

Second, the data on age suggests that some adjustments may be required on the part of public legal education groups, who may want to retool their publications to accommodate the declining visual acuity of their prime markets in their web and print offerings. Further, as the baby boomers work their way through Statistics Canada’s age groups, other issues are foreseeable such as an increased need for public health services relating to competency, the redesign of courthouses to accommodate increasing numbers of people with lower levels of mobility, and an increase in the number of elderly Canadians living in poverty as divorces split fixed incomes. The nice people at CARP will tell you that the impact of divorce on seniors can be disastrous, particularly for women, and the data available from Statistics Canada on later-in-life divorces bears this out.

Clearly lawyers are unaffordable for the majority of litigants without counsel. Nevertheless, the data also suggests that litigants can afford at least some services, and that litigants with mid to high incomes can afford even more. It seems to me that this data argues powerfully for both increasing eligibility for legal aid, so that fewer litigants are left without counsel, and lawyers to consider the unbundling of legal services, providing services at a flat rate or on a barter basis, and exploring other creative approaches to paid legal services than the billable hour.

Further, given the vicious spiral that self-representation can lead to, which I’ve also written about previously, one wonders whether increasing the legal aid limits to provide more people with lawyers would in fact increase the rate of settlement, reduce the number of trials and result in a net savings to the justice system as whole. Just a thought.

Finally, the data on educational attainment makes me wonder what has happened to all of the people with high school diplomas or less. The national Action Committee on Access to Justice in Civil and Family Matters notes in its final report that only about 6.5% of legal problems ever make it to court, but it is unlikely in the extreme that so many of the people with high school diplomas or less are bundled into the 93.5% who manage to resolve their legal issues outside of court, especially when we know that for people with low incomes, legal issues tend not come one at a time but cluster and multiply into other areas of the law. Are these people simply never entering the formal justice system and abandoning their rights and entitlements? It seems to me that the providers of public legal assistance services need to examine their client population and ask how to better engage people with lower levels of educational attainment.

John-Paul Boyd is the executive director of the Canadian Research Institute for Law and the Family. The Institute is a federally-incorporated charity established in 1987 and is affiliated with the University of Calgary.