Need to Weave an Accessible Web of Legislation 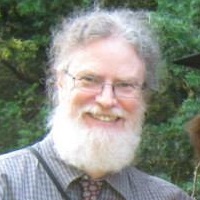 “There is no other form of written texts quite like legislation, nor a form so suited to the web. In retrospect, readers of legislation had been waiting a long time for a hypertext system, such as the web, to be invented.”

Sheridan is currently the Digital Director for the National Archives of the United Kingdom and led the team that brought us legislation.gov.uk the “official home” for UK legislation from 1237 the present.

Anyone who has done any legislative history work will identify with this statement:

“Today’s statutes can be conceptually dense. Yet there’s no rhetoric or repetition to aid the reader, nor, in the UK at least, are there often purpose provisions, examples or diagrams to elucidate the meaning. Legislating in a common law environment, an Act of Parliament, even a principle Act, does not so much set out the law in an area, as set out the changes to an existing body of law – changes across both statute and common law.”

Trying to conceptualize and develop a useful “mental model” for this process can be challenging for anyone. But perhaps even more true for anyone who has never had the opportunity to “trace the evolution” of a piece of legislation in print sources. In the physical realm you can at least touch and come to appreciate the many parts at play when checking to see that the law in question is “good law.”

Sheridan suggests that publishers “… can best make a contribution to accessible law through how we present legislation on the web – retrofitting the mental model the reader lacks, through the user interfaces we design.”