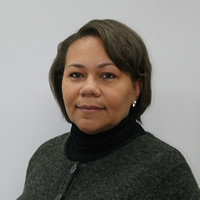 When an employment relationship ends, one of the parties usually has a good reason. Sometimes the parties part ways on good terms, but in other cases, just cause is alleged. In cases of the latter type, a solid factual basis is needed. Otherwise, unproven allegations could prove costly to the employer, as was illustrated in a recent wrongful dismissal action, 2020 BCSC 2298 (CanLII), in which the employer saved its grievances concerning the employee until the last minute, and by then it was too late.

The plaintiff was the principal of a school on a First Nation in British Columbia. In late December 2018, she sent a letter to her employer stating that she would be leaving her job the following November, but that she would be willing to stay on and help train the new principal to ensure a smooth transition.

The employer did not immediately respond, but in April 2019 sent the principal a letter stating that her services would no longer be required after June 2019. As a result, she sued for wrongful dismissal. The court noted the teacher’s successful mitigation of her damages and said the claim was modest, seeking $18,647.62.

The focus of the case concerns the employer’s statement of defence. In it, it alleged four areas of just cause. First, it said the teacher wrongfully used funds from a First Nations youth employment strategy grant to renovate part of her house. Second, it said she had kept certain items that belonged to the employer, including a hard drive, a paddle, a “salmon panel” and a laptop. Third, it challenged various expenditures the teacher made. Lastly, it alleged the plaintiff was disruptive and combative towards others.

The court rejected the defendant’s allegations of just cause. The plaintiff had a good explanation for each one, and in any event, most critically, they were only brought up when the litigation began. There was not “one iota” of concern brought forward at the relevant time, no written policies were breached, and the employer always gave tacit approval to the principal’s expenditures. The court characterized the defendant’s position as “a desperate attempt […] to retroactively create some cause.”

It was not a case, in the court’s estimation, for a payment of punitive damages since the employer did not treat the principal in an “exceedingly difficult and disreputable manner”-a very high threshold-but it was one that merited a payment of aggravated damages of $15,000. This was because of the mental distress occasioned by the unfair, bad faith (and unproven) allegations of fraudulent conduct that would not go unnoticed in the small community where she resided.

There are plenty of mistakes an employer can make at the time of termination, and this employer made two. First, by pre-empting the resignation with trumped-up allegations of cause, it conducted itself in bad faith and opened itself up to aggravated damages. Secondly, if it had legitimate beefs with the employee, it should have addressed them more contemporaneously. By waiting until the last minute to bring them forward in the context of litigation, they come across as simply an attempt to avoid paying reasonable notice. The bottom line is that if just cause exists, the employer had better be able to prove it.