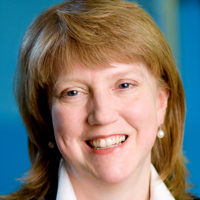 Probably the most interesting thing happening in the BC legal world just now is the Justice Reform Initiative launched by the BC government back in early February. The review is chaired by Geoff Cowper, QC, of Fasken Martineau. The terms of reference for the initiative are ambitious. According to the government’s press release: “He [Geoff Cowper] will identify the top issues that are affecting the public’s access to timely justice and what can be done to ensure the efficiencies already underway have the desired impacts while respecting the independence of the judicial system.” The chief justices of the BC courts have taken a very firm stand on the issue of judicial independence; former Attorney General Geoff Plant also had some thoughts on this important issue.

Several other issues are also on the table: the Legal Services Society (that is, BC legal aid) will provide advice on efficiencies that can be achieved, and an outside review of British Columbia’s system for approval of prosecutions will also be conducted. (In BC, criminal charges are brought forward by Crown Counsel rather than the police.)

You can follow the work of the BC Justice Reform Initiative via the chair’s blog. A final report is due in July 2012.

Meanwhile, an international conference, developed by the Hague Institute for the Internationalisation of Law (HiiL) [Ed. note: headed by Slaw columnist Sam Muller], explicitly addressed some of these issues. Entitled “Innovating Justice Forum 2012: Towards basic justice care for everyone”, the conference was held earlier this April in the Netherlands. HiiL was formed in 2005 as a not-for-profit research and development institute for the justice sector. Their emphasis is on making justice work for both people and organizations, with a strong belief in “innovating justice”.

From the conference programme:

Everybody needs basic justice care: access to fair, workable solutions for problems that can become a threat to a person’s livelihood. Access to justice ensures secure, trustworthy and economically viable relationships: at home, at work, on the land, and within the community. The Innovating Justice Forum 2012 is the first attempt to assess how people’s basic justice needs are protected and what are the trends in delivery of legal services to meet these needs across the world.

Our own David Bilinsky, Practice Advisor at the Law Society of British Columbia, gave a keynote address on “The climate for innovation in the justice sector”. Again, from the conference programme: “Why is it that it is so difficult to bring fundamental change and innovation to the justice sector? The challenges for innovators in terms of funding, integrating innovations in the system, scaling up and many others. What is needed for a better innovation climate?”

Closer to home, a promising medical-legal project is underway here in BC. This new initiative is focused on Vancouver’s Downtown Eastside. A group with representatives from the Legal Services Society, CLEBC, UBC Faculty of Law, and Access ProBono is working in consultation with the Downtown Eastside community and an established medical community initiative known as RICHER. RICHER is an acronym for: Responsive, Intersectoral, Children’s Health, Education and Research; this group describes their work as follows:

This program is a community-based primary healthcare service specifically designed to meet the unique needs of children, youth, and families in Vancouver’s inner city neighbourhoods. The focus is on children who are particularly vulnerable because of their material and social circumstances as they are most likely to suffer the consequences of delayed development and poor health.

Our approach provides important links to specialized healthcare services in partnership with families and their community-based support networks.

The new BC initiative is just one example of a medical-legal partnership, in which lawyers are included as essential members of the healthcare team. Medical-legal partnerships are a growing phenomenon in North America. Through direct legal assistance, institutional and systemic policy change, MLPs address factors that have a direct impact on health, such as food and energy security, housing conditions, education, and personal safety. They recognize that legal problems are often linked to or the result of other issues. For example, close links between health issues and legal issues arise in the following situations, where families and those working to support them face a dilemma:

If one follows through on what frequently happens in each of these scenarios, there is growing evidence of the short and long term health and medical costs of ineffective management. Preliminary research indicates that if a parent and children can be kept together in stable housing and the children supported through early childhood education, there is a direct correlation to significant savings in the health and justice sectors.

This medical-legal partnership movement increases our understanding of factors that affect the costs of the justice system and the importance of taking the broader view. If we consider the justice system in isolation, we may miss opportunities to provide the best and most cost-effective service from a systems and public policy perspective.

I’m hopeful that this good work underway both across the world and close to home can be brought to bear on the work of our BC Justice Review Initiative.