April 8 th 2013 Comments Off on 5 Years in the Cloud at ABA TECHSHOW
Share
Posted in:

5 Years in the Cloud at ABA TECHSHOW 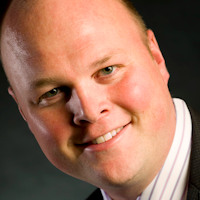 It’s astonishing how much has changed in my five years of attending ABA TECHSHOW.

At ABA TECHSHOW 2008, Rian Gauvreau and I launched the beta of Clio, which at the time was not only the first of a new generation of web-based practice management systems, but the one of the first of any web-based product to be exhibited at TECHSHOW.

At this first TECHSHOW, Clio prompted both admiration and fear among attendees: half the visitors to our booth were thrilled about the prospect of putting their data in the cloud (by the way, back then “the cloud” wasn’t even a term; instead we talked about”Software-as-a-Service”), while the other half railed at us about how Clio was a flawed and insecure idea that would never take off.

Those that were fearful of “the cloud” reached beyond attendees: with the scent of disruption in the air, some of the incumbent vendors in the practice management space launched into a FUD attack, citing a wide range of unsupported claims about the superior security and privacy of on-premise systems as a reason not to go with the “cloud” and Clio.

Everyone at TECHSHOW 2008 was using a BlackBerry, and many demanded we develop a dedicated BlackBerry app. And, of course, the iPad was only a glimmer in Steve Jobs’ eye.

And at this first TECHSHOW there were no educational tracks or sessions relating to web-based products or “the cloud.”

Five years later, and the landscape at TECHSHOW has completely transformed.

For TECHSHOW attendees, being in “the cloud” isn’t a point of controversy, but rather an expectation. Nearly every vendor on the show floor either had a cloud-based product or a cloud component to their product. NetDocuments, Rocket Matter, Fastcase, DirectLaw, ShareFile, LexisNexis, Thomson Reuters and Logik are just a handful of the cloud-based vendors exhibiting at TECHSHOW today.

The same on-premise vendors that attacked the security of Clio and “the cloud” in 2008 have now released their own cloud-based offerings.

The educational program at TECHSHOW now contains entire tracks dedicated to practicing in “the cloud” and on the go.

And everyone at the conference is using an iPad or an iPhone. I didn’t see a single BlackBerry in attendees’ hands this year.

It’s been a wild ride over the last five years, and I’m excited to see what the next five will bring.

Added Value in Legal and Other Professional Information Provision