November 1 st 2013 Comments Off on Profits of Law
Share
Posted in:
Column 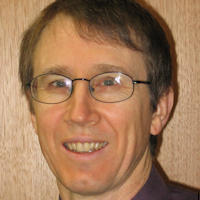 SLAW contributor Mitch Kowalski was in Australia speaking as a “legal futurist” on our national radio legal show, The Law Report, while here I am writing in a Canadian publication.

The old “Prophet in a foreign land” phenomenon was evident particularly when telling Australians about the only two law firms in the world to have been publicly floated — both Australian.

I did a similiar thing by bringing legal IT visionary Peter C Hart out to Australia from Canada in the late 1980’s and early 1990’s. The great thing about bringing an overseas expert is that they get attention. Though I’ve got to say that in the past it’s been pretty easy to be a “futurist” for lawyers. Other industries might have described them as a “stating the bleeding obvious-ist”.

It was certainly much harder to have innovative ideas taken seriously decades ago. Nevertheless, Peter accepted his amazing legal software tools’ ambivalent reception from the legal world gracefully as ever with quips such as “Document Assembly for lawyers is like heaven; where they want to be, but not just yet”.

Possibly frustrated by apathy, he did “encourage” one large Toronto law firm to take on his products by suggesting that if they would not use them, then his LegalWare team would set up their own law firm and use the tools themselves. The firm’s response was that he couldn’t do that. “Why not? Most of our team are lawyers”. “Well”, came the reply, “It wouldn’t be fair!”

The law firm caved in and purchased the technology. However, it could have been much more interesting if Peter had followed through with his threat of setting up a law firm staffed by lawyers and programmers. Such a firm would have made much more creative use of the tools than a traditional large firm that didn’t have any real competition apart from clones. Then again, no-one had the internet at that stage … which would have made a huge difference.

It is only now that it has become fashionable to question the viability of large law firms and their business models. However, as Ken Jagger points out in the Comments on the George Beaton article “The rise and rise of the NewLaw business model”:

… the strength and resilience of (big law firms) should not be underestimated. Their head start is considerable. From my recent discussions with the leaders of some of these firms in Australia, it is clear to me that they understand the issues … and are moving to address them. This was not necessarily the case even 12 months ago.

The “issues” might not be so clear to everyone. Joel Barolsky commented on the same piece:

What’s not clear to me is what this technology is that is supposed to be disruptive? What new system/process/gizmo is going to replace high-level legal analysis, advice and dispute resolution. I can understand more efficient legal processes in discovery and due diligence (as per the ABA link), but to my knowledge, litigation support tools and other process improvement technologies have been used by BigLaw for years. These are mostly sustaining technologies. There are lots of examples of BigLaw partnering with LPOs to reduce costs in legal process work.

Another way to ask this question, assume King & Wood Mallesons incorporated, did an IPO and raised $500 million, what disruptive technology would it invest in to become NewLaw and return a healthy profit to investors after Principals were paid ?

If there’s no clear and easy answer to my question, then perhaps there’s no real disruption going on here and/or there’s no need for the new ownership structure and $500m.

I would suggest that as there is no “clear and easy answer” because the issues are much deeper, and beyond a single disruptive technology. US-legal service provider Clearspire has invested in technology – a mere $8 million or so. But it is multi-dimensional in terms of function and reach, and certainly not one “big green button” or even one product. It is something like 15 “products”, but they are unburdened by legacy systems, people and attitudes. It is multi-dimensional by being deeply embraced by all staff for a wide variety of functions, and is inclusive of clients. It underpins the way they ALL do what is a rapidly evolving approach to the new business of law.

In the Forbes article “Why Bigger Is No Longer Better”, James Manyika, a Director of the McKinsey Global Institute says “that even firms of the same size, in the same industry with the same IT budget and competing for the same customers, vary markedly in their ability to use technology”.

You could spend $500 Million on IT, probably re-inventing the wheel, or $8 million, and still be disrupted by an upstart with a fraction of those budgets.

The Forbes article also says: “as Rita Gunther McGrath points out in her new book, The End Of Competitive Advantage, it doesn’t really matter what assets you own, but which you can access.”

The upstart could pay a modest fee per user for the basic systems as a cloud platform, but spend more on integrating and extending the suite of tools with extra code, and training progressive staff who get IT.

Disruption might not require much in the way of invention of something that is completely new, but rather improving how you use your resources. Apple’s success was much more complex and subtle than any one thing. While their competitors focussed on “superior” components such as RAM or disk size etc, in the end it’s the user experience that matters.

The story of the incredible advancement contained in the iPhone 5S, that no one seems to be talking about is worth a look:

According to that article, “The camera in the iPhone 5S basically moved the needle two years ahead of the entire camera industry. Not just smart phone cameras — all cameras.”

Here is one of examples of the “features” adding to the picture quality.

… auto image stabilization that, in real time, analyzes those multiple photos it takes with each shot and then — if they are all a bit blurry from movement or shaking, selects the sharpest portions of each image and combines them into the best possible picture. … Disruption. Apple just put the point and shoot camera industry (and some of the “Pro-sumer” dSLR ones) out of business. … They will be asking themselves why people no longer valued megapixels and fancy lenses. Or why they can’t seem to sell any of those thousand dollar dSLRs.

Idea for NewLaw: you can use components (including lawyers), not all of which need be the best in the game. Enhance the benefits they provide with powerful software and smart methods to provide a better client experience. Good lawyers empowered by systems, other professionals and IT, will creep up on the competition without such resources.

To maintain your advantage, add some “Magic Source” in the code sense, and get yourselves one of those Prophets particularly if they backed up their foresight with patents.