Assessing an Arbitrator’s “Predilection for Bias” 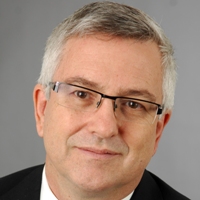 Arbitrator independence and fairness are the cornerstones of arbitration. They seem to be coming under greater scrutiny, both in Canada and abroad.

There are many sources of bias in any adjudication system, whether it is court or arbitration. (This may be a topic for another column, but see for example arbitrator Edna Sussman’s paper, “Arbitrator Decision Making: Unconscious Psychological Influences and What You Can Do About Them,” December 20, 2013, American Review of International Arbitration, Vol., No. 3, 2013 available online here.)

The accepted test for arbitrator bias in Canada was established by the Supreme Court of Canada 60 years ago. That is: whether an informed person, viewing the matter realistically and practically, and having thought the matter through, would conclude that the arbitrator has attitude or predilection for bias, so that the arbitrator must be taken to have prejudged the matter. It is meant to be an objective test; it is not necessary to show actual bias on the part of the arbitrator. Szilard v. Szasz, 1954 CanLII 4 (SCC), [1955] S. C. R. 3.

The problem is with how courts apply this test. Many judges seem to believe that, while they can put outside influences aside and decide issues strictly according to the law and the evidence, arbitrators and other mere mortals are unable to do so. Therefore, the informed person (the judge), viewing the matter “realistically and practically”, concludes that the arbitrator is incapable of an unbiased judgment.

A recent decision of the Superior Court of Justice in Ontario illustrates the problem of deciding whether there is a “reasonable” apprehension of bias in any particular case.

In MDG Computers Canada Inc. et al. v. MDG Kingston Inc. et al., 2013 ONSC 5436 (CanLII), the court removed an arbitrator because of a prior connection with an expert witness who was to testify in the arbitration.

The franchisor argued that, even though the other cases had been settled, there was a reasonable apprehension that the arbitrator was biased in favour of the expert he had previously retained. Therefore, the arbitrator could not fairly determine the expert’s qualifications, expertise and credibility, or assess the expert evidence proffered in the arbitration regarding similar issues.

However, the court found that the professional relationship between the arbitrator and the expert on a number of similar franchise disputes did give rise to a reasonable apprehension of bias. The arbitrator was removed and the parties were directed to appoint a new arbitrator from a list of three candidates proposed by the franchisor.

Based on this decision, can any practicing litigator ever act as an arbitrator in a specialty area of practice? There will almost always be current or recent contacts with party counsel, experts or other witnesses on other files.

It is no mere coincidence, I think, that this challenge occurred in a case where the dispute between the parties has been going on for more than five years, with no end in sight. The franchisee originally brought its claim in the Ontario court in 2007. The franchisor invoked the arbitration clause in the franchise agreement and sought a stay. The franchisee opposed the stay and sought summary judgment. Summary judgment was granted; that decision was overturned on appeal to the Ontario Court of Appeal; the franchisee then sought leave to appeal to the Supreme Court of Canada, which was refused in 2010.

So, no surprise perhaps, that the franchisor jumped on a chance to remove the arbitrator two years later and delay the matter even further.

It is interesting to note that the parties were already aware that Mr. Goldman was acting as counsel on other cases that involved similar issues as those in dispute in the arbitration. (A quick look at the Goldman Hines website shows that the firm acts for both franchisors and franchisees, so presumably the parties waived any suggestion of bias in that regard and chose Mr. Goldman because of his expertise in franchise law, generally, and the statutory remedies which were in dispute.)

Of course, one understands why a party would attack the impartiality or integrity of the arbitrator after an award is made against them. In most cases, it is the only way to challenge a final, binding arbitration award.

But it is hard not to be skeptical when a party seeks to remove an arbitrator just before, during or after the hearing. Perhaps things don’t seem to be going their way and they are looking for an escape hatch. Or maybe there is a perceived advantage in delaying the process or final decision.

This ruling seems to encourage such attacks and may make it very difficult for an active litigator to act as an arbitrator, particularly in specialized areas such as franchising, intellectual property, real estate. It could also open the door to more challenges in other areas such as labour and employment or family law, where neutrals may have had prior relationships with established experts or other professionals.

The logic applied by the judge in this decision also goes beyond a perception of bias toward an expert that the arbitrator has previously retained. What about someone who has previously been on the other side of a case where the arbitrator has acted as counsel? If counsel is doing a thorough job, he or she will have questioned the credentials and credibility of an expert on the other side. Does that mean there is an apprehension of bias against that expert in any future arbitration?

And what about an expert or other witness who has appeared before the arbitrator in a previous arbitration? Could either party successfully argue that the arbitrator is biased for or against them because of a previous ruling on an expert’s credentials, evidence or credibility?

If this is the standard of impartiality the courts are going to apply, there is a real risk that a reluctant party can frustrate the arbitration, simply by engaging an expert known to have a prior professional relationship with the arbitrator. I think this opens the door to a huge potential abuse of the arbitration process.

In the MDG case, the identity of the expert and the prior relationship was not known until the expert report was completed and delivered. Does this mean that parties in arbitration must disclose all of their potential witnesses (and the arbitrator disclose any prior contacts with those witnesses) as soon as they have been identified?

And what to do when an arbitrator identifies a prior relationship?

But if there is no agreement, the party proposing the witness must decide whether to withdraw the witness and retain someone else. How seriously would that prejudice the case? Are there other suitably qualified and experienced witnesses? Do they also have potential conflicts? And what about the costs thrown away on the expert(s) who must be replaced?

Perhaps the MDG decision was based on the particular circumstances and the timing of the separate retainer of the expert on the other files, but that is not evident from the reasoning in the judgment. The reasons could just as easily be read as saying an arbitrator cannot act as an advocate in other similar cases without running a risk of being accused of bias.