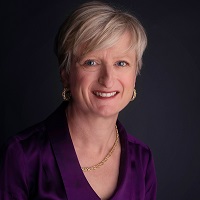 Prior to the election of Law Society of Upper Canada benchers on April 30, 2015, the Ontario Trial Lawyers’ Association posted on its website a list of benchers who opposed the introduction of Alternative Business Structures. The website stated: “OTLA urges all association members and other eligible licensed lawyer to vote for the following candidates opposed to ABS” (OTLA Bencher Election Voting Guide). At the time some commentators, including me, were quite critical of the OTLA for this approach (“ABS issue dominating bencher vote”)

In this column I want to expand on those criticisms. Not because I want to further criticize the OTLA. But rather because I think politicizing this election, and the focus on the single issue of ABS, creates some risks and concerns about the viability of our current regulatory model. Specifically can a regulatory system in which control rests[1] with elected lawyers be trusted to regulate in the public interest?

The focus on ABS highlights starkly the disjunct that can exist between the electoral interests of the legal profession and the public in whose interests law societies must regulate. While everyone who argues about ABS – for or against it – frames those arguments in terms of the public interest, the fact remains that the people most likely to be affected by the adoption of ABS are lawyers. Obviously other stakeholders are also affected – non-lawyer shareholders and those whose legal needs are met through ABS – but to a significant extent it is lawyers who bear the risks of adopting ABS and who stand to reap its rewards. And those risks and rewards exist independently of any effect on the public interest. Whether or not ABS increases the public’s access to justice and decreases the cost of legal services (good) or impairs the maintenance of lawyer-client confidentiality and heightens the risks of conflicts of interest (bad), is wholly distinct from whether lawyers will lose their jobs, law firms will close, lawyers will make enhanced profit or lawyers will be able to practice freed from the hassles of practice management.

A lawyer voting in a bencher election, or running as a bencher, is likely to be influenced as much by lawyer concerns as by those of the public interest. This is not an indictment of those lawyers. Human beings are always influenced by our own interests; even when we try not to be, our cognitive biases and weaknesses make true abandonment of self-interest impossible (as Malcolm Mercer discussed on SLAW, here). A lawyer voting or running may also use the public interest concerns simply for effective advocacy in relation to lawyer-focused concerns. And – worst of all – it will be impossible to know whether a lawyer voting or running for bencher is in fact motivated by lawyer-based concerns or public-based ones. That may mean that even a largely public-interest focused candidate or voter will appear as lawyer-interested.

Not all regulatory issues raise this concern. On questions of, for example, the maintenance of solicitor-client privilege, to a great extent the public interest and lawyer interests will be aligned. But with ABS the distinction between public interests and lawyer interests is significant, and making this the focus of the election, and encouraging people to vote on the basis of prospective bencher’s position on ABS, focuses attention on the difference between the interests of the regulators and those on whose behalf they are supposed to act. It has the potential to make the whole election as driven towards protection of lawyer concerns, rather than as attentive to who will do the best job of regulating in the public interest.

It creates other legitimacy problems as well. As students of administrative law know, administrative tribunals do not have the same standards for reasonable apprehension of bias as do courts. In some instances – e.g., elected municipal councilors – it may even be acceptable for the administrative decision-maker to have a “closed mind”, provided that closed mind is as a result of conviction rather than impropriety (Save Richmond Farmland Society v. Richmond [1990] 3 SCR 1213). But for the reasons just noted, elected benchers are very different from elected municipal councilors. Because the people whose interests municipal councilors serve – the residents of the municipality – are the same people who elect them. But the people whose interests benchers serve are not the same as those who elect them. Which makes a bencher having a closed mind problematic both legally and ethically. Because the bencher’s closed mind could result from a commitment to the interests of lawyers supported by an electoral outcome, not from a commitment to the interests of the public supported by an electoral outcome.

Further, the question of whether ABS is a good idea or a bad idea (and I am very much attracted to Malcolm Mercer’s “could be if done right” summary) is largely an empirical and practical question, not a philosophical one. To turn this issue into a moral benchmark – like the “Emily’s List” PAC used to help elect pro-choice democrats in the US – is to ensure that it cannot be considered in the way that it must be to satisfy the public interest. ABS isn’t decided based on a person’s values and beliefs. It’s something that may or may not be a desirable regulatory change based on available evidence and regulatory mechanisms for successfully implementing that change. Elected benchers need to assess it on that basis, and forcing them to declare a position prior to election – and the actual consideration of the issue as a regulator – is to ensure that the public interest will not be properly assessed, whatever the outcome.

An “OTLA List” election may also inhibit regulatory courage. With this precedent as a backdrop will an elected bencher be willing to take a stand unpopular with lawyers in an effort to protect the public interest? Or will she decline to do so because fully aware that such a stand will make her a target next time around.

Finally, and most importantly, focus on ABS detracts from the issues that people who are not lawyers actually care about. A google search for “alternative business structures Canada” revealed two stories in the first three pages of hits from non-lawyer publications. Yet in the last year the Toronto Star alone has had numerous stories in relation to the conduct and regulation of Ontario lawyers. Members of the public do care about effective lawyer regulation, and the issues of concern to them ought to be the focus when electing the benchers charged with protecting the public interest.

[1]Although not entirely given Ontario’s reliance on life benchers and every jurisdiction’s appointment of lay benchers.