March 18 th 2009 Comments Off on A (Publishing) House Divided: Scholarly Publishers in Support and Opposition to Public Access to Research
Share
Posted in:
Column

A (Publishing) House Divided: Scholarly Publishers in Support and Opposition to Public Access to Research 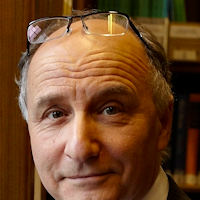 I wasn’t surprised to learn that the American Association of Publishers had sent a letter [PDF ] to then President-elect Obama in December opposing the National Institutes of Health Public Access Policy, which requires any NIH-funded researchers to deposit a copy of what they have discovered and published in a publicly accessible archive. The AAP publishers association holds that the NIH Policy infringes on their business rights, insofar as it grants the public a right to this publicly funded work, and in support of their objections, Rep. John Conyers, Democrat of Michigan, has reintroduced into Congress the questionably entitled Fair Copyright in Research Works Act, HR 801 which would make it illegal for the federal government to institute such measures as the NIH Public Access Policy. There has been a minor blog-storm objecting to this un-Obama like move. To the welcomed outcry against this regressive legislative proposal, I have but a couple of points to add.

First, one has to appreciate that this National Institutes of Health Public Access Policy already includes considerable concessions to publishers who would use this research to generate a profit margin or sustain a scholarly society. Not only does the NIH Policy ensure that “public access” only takes place 12 months after publication, but that what is made public is only the author’s final draft. That would seem sufficient to protect the value of journal subscriptions, while recognizing the rights of the public to at least second-class access. It is thus unfair for the AAP to claim that “the NIH mandate severely diminishes both the market and copyright protection for these copyrighted works to which not-for-profit and commercial publishers have made significant value-added contributions,” as the AAP letter advises the president. What significant contribution to this research warrants 100% ownership over the results, with no allowance for any government and public, and scientific claim to this work? Is this outright ownership of science putting science in its rightful place, as President Obama promised in his inaugural address?

Clearly, one can get worked up about publisher claims, but this tendency to condemn an entire industry is misguided, as it turns out. This brings me to my second modest contribution to the debate over this bill. For what also needs to be made clear is that the scholarly publishing industry is itself divided over this open access thing. The proof lies with the 533 journals in the life sciences — from Advances in Urology to The Yale Journal of Biology and Medicine — that currently offer to help authors deposit the published copy (not the final draft) in PubMed Central for the authors, where they are made freely available 12 months after publication. And then there are the 43 journals of the Nature Publishing Group, which will deposit the author’s final draft in PubMed Central for the author, as well as the 28 society and academic journals published by this group. Even the goliaths of corporate publishers — Springer, Wiley-Blackwell, Taylor and Francis, and Sage — offer options that allow authors to pay for immediate open access which includes depositing the work in PubMed Central in happy compliance with the NIH policy. (I have set out elsewhere the financial threat posed by the corporate publisher’s open access models to research as they increase their hold on scholarly publishing).

It is hard for the American Association of Publishers to claim, on behalf of publishers, that the NIH Public Access Policy allows “the NIH to unfairly compete directly with private sector journal publishers,” when so many publishers are helping authors comply with the policy. (Or at least, one cannot claim it unless one cynically suspects publishers are hedging their every bet by lobbying to defeat the policy, while making a show of supporting it to attract and appease authors.)

We need to bring to John Conyers’ attention, well as the Acts other sponsors, that even the special-interest basis for advancing the Fair Copyright in Research Works Act has been seriously undermined by the many publishers who are happy to work with the NIH Public Access Policy. And we need to commend these far-sighted scholarly publishers who find it in their interest to help authors take advantage of the NIH Public Access Policy, thereby restoring science to its open and public place in this democracy, to riff on President Obama’s inaugural address.

Clarity Around Use of a Trademark for Services on the Internet

It’s Not My Role, but Someone Should…