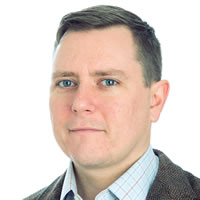 Chat with the Chiefs & a #SRL about the progress you’re seeing in #AccessToJustice! What’s working? What have you tried and learned from? Tweet #A2JChatBC for the live TwitterTownHall Oct 28 12:–2:pm https://t.co/Xo3c1gl0Ea pic.twitter.com/UNaK8LI3CS

For several years now, the Provincial Court of BC has engaged in regular annual Twitter Town Halls as a form of digital outreach—an effort to bring more transparency about the judicial process through direct engagement between members of the Bench and the public.

The first one, carried out in 2016, garnered international attention from the Conference of Court Public Information Officers. An example of what a Twitter Town Hall looks like can be found here in the archived Twitter timeline from 2017. In the past the hashtag used was @AskChiefJudge.

This year, on October 28, it’s happening again, and it will bring together even more voices. Chief Justice Robert Bauman (BC Court of Appeal), Chief Judge Melissa Gillespie (BC Provincial Court), and well-known self-represented litigant Jennifer Muller will convene under the new hashtag #A2JChatBC.

All three are members of Access To Justice BC (A2JBC), which is a network of people and organizations connecting with each other to realize a common vision – access to family and civil justice for all British Columbians.

Behind the scenes, Judge Ann Rounthwaite (retired from the BC Provincial Court) continues to invest her time and enthusiasm by orchestrating the event. Representatives from the CBA BC and Courthouse Libraries BC will also be in attendance.

The BC Provincial Court’s announcement indicates some of topics we can expect the participants to cover. The panel wants to learn:

It’s worth noting that this type of live engagement is something that Twitter does quite well: connect disparate voices while imposing enough brevity to create a conversation that can be followed, but not in a completely strict linear manner.