Lifting a Prohibition on Making the Law Searchable

Slaw readers may have missed the recent controversy in the legislative debates of Guam. A fight over access to legal information – and whether a publicly funded service constituted unfair competition. The full story is in today’s Pacific Daily News and a month ago in the Marianas Variety 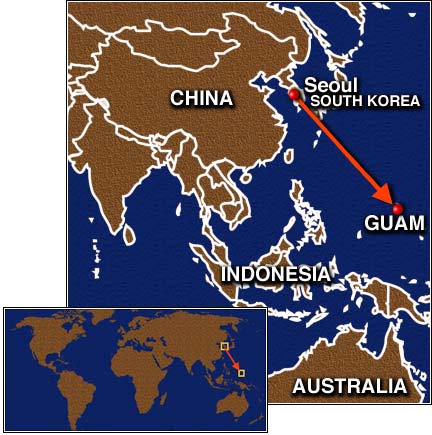 Guam’s court system wants to improve public access to local laws, government rules, executive orders, court decisions and attorney general opinions. All this for a cost of about $1,000. That’s all it will take to make the court’s Compiler of Laws Web site searchable.

But Jacqueline Taitano Terlaje representing a competing legal research service said during a public hearing that it would go out of business if the court does that.

Existing online resources already provide “meaningful access” to Guam residents, she said. “The people of Guam are not crying out for a legal research database. The Guam government should have no business entering into the legal research market, which caters only to the legal community. The government, she added, should simply provide the basic service such as the listing of the documents and the “next level” should be left with the private business sector.

Guam law currently prohibits the Compiler of Laws from publishing text-based searchable data on its Web site. While Guam law and similar information is available for free on the court’s Web site and other government Web sites, there is no search function, which means residents need to search through legal texts, rules and opinions on their own to find information about a specific topic.

AN ACT TO AMEND TITLE 1, CHAPTER 16, §1603 TO ALLOW THE COMPILER OF LAWS TO PROVIDE A SEARCHABLE DATABASE VIA THE INTERNET.

BE IT ENACTED BY THE PEOPLE OF GUAM:

Section One. Legislative Intent. In Public Law 27-77, I Liheslaturan Guåhan transferred the Compiler of Laws from the Department of Law to the Supreme Court of Guam. Pursuant to the mandate of P.L. 27-77, the Compiler of Law has made available the Guam Code Annotated and other publications of the office via the internet free of charge to the people of Guam.

The Compiler’s office has received numerous requests from the bar, private individuals and government employees to install a search engine on the website. However, P.L. 27-77 prohibits the Compiler from publishing any text-based searchable or researchable data. Without a search engine, the public is denied meaningful access to the laws of Guam via the internet. Moreover, the laws of Guam and the publications of the Compiler belong to the people of Guam.

Traditional private publishers of the public laws and court decisions typically annotate, summarize, and enhance the raw information and thus transform it into their own publications, which are then sold to the public. I Liheslaturan Guåhan recognizes and encourages this. However, I Liheslaturan Guåhan must also respect and protect the right of the people of Guam to have meaningful access to their laws in this age of the internet.

I Liheslaturan Guåhan finds that increasing the public’s access to the statutes, session laws, rules and regulations and court opinions, which are created for the benefit of the public, is of great importance to maintaining an open and accountable government and for increasing the efficient administration of justice and does not unfairly compete with private enterprise. This is apparent by reviewing the websites of courts and legislatures from throughout the United States, which universally contain some sort of search engine for the efficient location of a particular statute, rule or court decision. Thus, I Liheslaturan Guåhan herein approves of the following amendment which will allow a search engine on the Compiler of Laws website.

(a) Publication Defined. The terms ‘publish, published, publishing, and publication’ as used in this Chapter means any printed or duplicated material, regardless of format, which is produced, purchased for distribution, or authorized by the Compiler of law for distribution and purchase to the public, including the Guam Code Annotated, Legislature Session Laws, Attorney General’s Opinions, Executive Orders, Administrative Rules, and Court cases. The offering to distribute printed or duplicated materials to a group of persons for purposes of further distribution or public display constitutes publication. The distribution to other agencies or instrumentalities of the government of Guam constitutes publication.