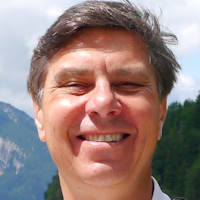 ♫ If it should chance to be
We should see
Some harder days,
Empty-larder days,
Why grouse?
Always a chance we’ll meet
Somebody to foot the bill…♫

Lyrics and Music by Lionel Bart, from Oliver!

Ever trying to put a positive spin on a negative situation, the Legal Services Society of British Columbia has just announced that it has reduced 58 positions arising from replacing its regional centers in Kamloops, Prince George, Kelowna, Surrey and Victoria with local agents and an expanded, province-wide call center.

Civil law advice programs such as the LawLINE (the Society’s telephone legal advice service) will be discontinued on March 26, 2010.

It is difficult to figure out exactly what is the root cause of the funding shortfall. Certainly 90% of the funding for the Legal Services Society comes from the Provincial government. The other 10% comes from interest earned on lawyer and notary trust accounts and the LSS’s own investments. There is no question that interest income has declined due to the drop in the economy. The NDP Justice Critic Leonard Krog is stating that the Liberals have cut the legal-aid budget from $96 million in 2001-2002 to $74 million today.

Whatever the root cause of the funding crises, it is certain that the Legal Services Society is facing some empty-larder days. This leaves a bitter taste in the mouth when you consider that CBC News just reported on Oct 22, 2009 on the BC Government spending a reported $1 million dollars buying Olympic tickets:

“During question period in the legislature that afternoon, the NDP turned up the pressure on B.C.’s Liberal government to release the cost of the tickets, which included 1,000 luxury seats in box suites at BC Place, GM Place and the Pacific Coliseum for the duration of the Olympic Games in February.”

Seems the Legal Services Society is trying to find someone to foot their bill with the plea of: “Please Sir I want some more” echoing out on the street.