August 27 th 2010 Comments Off on Nostalgia and the Internet
Share
Posted in:
Column

Nostalgia and the Internet 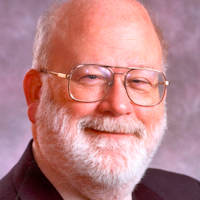 The current spate of stories concerning nations trying to limit the use of Blackberries, when combined with the recently floated ‘net neutrality’ agreement between Verizon and Google, is emblematic of the continuing invasion of the world of telecommunication by the world of governmental and corporate power. Almost two decades ago, I was on a panel with Professor Marge Shultz of the Berkeley Law School faculty, who made a remark that I have never forgotten. Professor Shultz opined that,

Our ability to make advances in technology is outpacing our ability to understand how such progress fits in with law and politics at an increasing rate. Some serious political decisions about basic values will be forced upon us. The technology will be ready, human beings will not.

The Internet is a great, sprawling wonder. No one really planned it — a series of actions, some logical, some the expression of brilliant individual creativity both by institutions and humans — brought it into being. There was no instruction manual, no carefully considered plan for implementation and growth. David Post wrote a lovely book this year, In Search of Jefferson’s Moose, which explains, in readable prose, one version of how it came to be. Post uses the device of comparing Thomas Jefferson’s views on democracy with the ideal of a democratic cyberspace. One lesson I take from Professor Posts’s book, is that the Internet was developed and controlled by people who were technologists. The goal was to design a system that worked, one that delivered information as cleanly as possible. There was to be no responsibility for the content. The Internet was a highway, what traveled along its pathway was not its business. Given the restraint and purity of the vision, it is stunning how much revolved around individuals, information zealots who chose to rein in their own power.

Another dusty memory pops up. Fifteen years ago a colleague served on a blue ribbon federal commission studying the future of the Web. When I asked him what the conclusions about the future use of this promising new bit of technology would be, he replied, “Sex, gambling and shopping.” That sounded offensively pessimistic to me. Could our culture be so puerile? Time soon showed that he was correct. H. L. Mencken once said that no one ever lost a nickel underestimating the intelligence of the public, and many nickels were accumulated by those willing to pander to human vices. But other uses arose as well. And one stream was political. If everyone with access to a computer had access to everyone else, entirely new forms of political action could arise. And they began to do so. The old epigram that freedom of the press applied only for those who owned one, went down for the count. Using Twitter, YouTube and other vehicles, political dissent could be spread faster than any paper-based system could manage. Many of us associated the Internet with a “wild west” brand of libertarian individualism. Governments realized that it was time for adult supervision.

In one part of my life I study China, and I have watched with wonder as the Chinese government has labored to control information flow. The Great Firewall of China is very real, and China has no qualms about using the full power of the state to censor information. One can take a position about the evil of such censoring. Trust me. I can make a case for each side, but no one can argue with the fact that China is the indicator that state power and the Internet are on a collision course around the world.

Beyond politics, the corporate world is now stepping to the fore. If the Internet can be divided into premium and regular bands, with those who can pay the fare getting the seats in the front of the plane, the very soul of the Internet will change. Corporate behemoths like Google will move to the front of the line. The Internet will no longer be the open highway; it will become a toll road. The fact that Verizon and Google frame the discussion of the premium service concept in the garb of ‘net neutrality’ adds a cynical twist to the process. One defines neutrality when one is about to end it. Let us hope that they truly follow Google’s motto and, “do no evil.” I always worry when someone promises not to do something. It almost always seems to end up being done.

It must be the morning fog outside my window, but I see tough days ahead. Change is afoot.

A Personal Reflection on National Truth and Reconciliation Day