November 4 th 2010 Comments Off on Stepping Stone in E-Book Lending?
Share
Posted in: 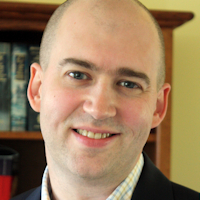 It’s difficult to tell how much of a step forward this is, but the next edition off Amazon’s Kindle is set to have a lending function built into it:

“The online retailer announced the upcoming feature in a discussion forum for the Kindle on its website Friday, saying that later in the year it will start letting Kindle users and people who use its free Kindle apps loan books to others for a two-week period. During the loan, the book’s owner will not be able to read the book, Amazon said.”

This improvement could be seen in a couple different ways. On one side, this is the type of technology that may help towards a proper e-lending discussion with Libraries. And on the other (more cynical side), it’s possible we’re seeing new competition to the lending model – i.e. who needs institutional-sponsored lending, when your personal circle of Amazon friends can fill the role?

One positive twist, however, is that Amazon may be blazing a new trail for those who seek to lend virtually. Whatever agreement they strike with Publishers for e-lending (someone please correct me if they know whether an agreement is required here or not) should be a model to improve upon.

Libraries — whatever their mandate — will remain at a crossroads, IMO, until they are able to: 1) secure ownership of digital titles, and 2) maintain circulation control. If the relationship between Libraries and Publishers is gong to be saved, someone needs to create a digital lending model that works for both sides. I don’t know if that’s a role that should fall on Amazon’s shoulders, but a ‘big player’ with the right technology may get conversations started.