♬ I want a new drug
One that does what it should…♬ 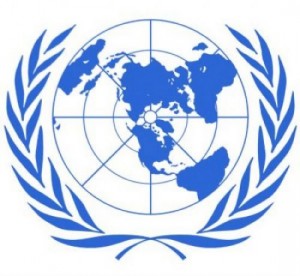 On Monday April 2, 2012, Dr. Frank Fowlie, the Internet Ombudsman, Kari Boyle of MediateBC and your humble scribe did a presentation for the University of British Columbia law school. It was entitled: ODR Around the World and was meant to be an introduction into the emerging field of Online Dispute Resolution and how it is changing the way that people could resolve their disputes using internet technology.

During the presentation, I asked the students to reflect on the inherent structure of the justice system. Being bright law students, they perceived that it is:

I then posed a challenge to the students: How can you structure a dispute resolution system that tries to break down one or more of these constraints? What would that system look like? Moreover, what would be the advantages to those involved in the dispute that don’t currently exist in the present justice system? What about disadvantages?

The students immediately picked up on the fact that in some disputes, not having to be geographically tied could lower the emotional temperature of some disputes…such as family law disputes. Parties could be brought into the hearing by way of internet or cellular communications and not have to meet face to face. In cases involving past physical violence, this would be a distinct advantage. However, in some cases where the emotional energy in the room results in a catharsis of sorts, this would be a disadvantage. The success of using ODR for family law disputes in Australia has clearly been demonstrated.

Not having to have the case determined by a judge removes a bottleneck in the system. JabberJury and other sites are experimentations in online juries. EBay and PayPal are trying online community courts. The cases can be resolved in parallel, since they do not have to wait their turn in line (a serial process) to be heard by a judge. This has tremendous value for removing court delays ..which according to Mohamed S. Abdel Wahab can be 10 years or longer in Egypt.

Of course, by definition, online dispute resolution methods are available whenever the Internet is on. When you combine this with the fact that cases need not be resolved synchronously, then resolutions can take place 24/7/365. The Mediation Room is an example of an asynchronous ODR provider.

There is still the difficulty of disputes being jurisdictionally-tied. UNICTRAL, the United Nations Commission on International Trade Law, Working Group III is working on a global Online Dispute Resolution framework for the resolution of cross-border electronic commerce transactions. The Canadian Government submission can be found here.

An ODR method of resolving disputes can lower both hard and transactional costs, since the time loss in resolving the dispute can be cut to a minimum if you reduce or eliminate any travel, construction, staffing and other associated costs. A website costs much less to build than a courthouse and certainly much less to staff.

Lastly, but certainly not least of all, ODR is effective. Colin Rule, CEO of Modria.com, a provider that is at the forefront of ODR, has stated that eBay handles over 60 million disputes a year, 90% of which are resolved without any human intervention other than the two parties involved.

When it comes to curing the Justice system’s ills, it seems that we need to look for a new drug…Online Dispute Resolution.