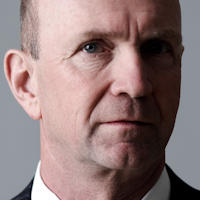 Is the fact that the trial judge cuts and pastes 85% of one party’s closing written submissions into his judgment “cogent evidence” displacing the presumption of judicial integrity which includes impartiality?

This is the question the Supreme Court of Canada will be considering in November in Cojocaru.

The trial judge awarded $4 million for brain damage suffered at birth. Of the 368 paragraphs in the trial judge’s reasons, 321 were taken, without attribution, word for word, from the plaintiff’s closing submissions.

Since Simon Fodden’s post here on the B. C. Court of Appeal’s majority decision, leave to appeal to Ottawa was granted.

What is the presumption of judicial integrity? What constitutes the “cogent evidence” required to displace it? Does the modern practice of making written submissions in digital form bear any relevance?

There is a serious advocacy issue here. Intervener status has been granted to the Trial Lawyers Association of B.C., the Attorney General of Ontario and the Canadian Bar Association.