February 11 th 2013 Comments Off on A Theory of Justice – the Musical
Share
Posted in:

A Theory of Justice – the Musical 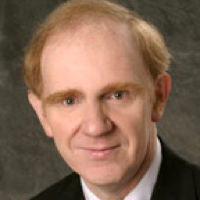 I bought my copy of John Rawls A Theory of Justice for £5 in 1972. It would have been inconceivable then that I would be watching a YouTube video of a musical version of Rawls’ Theory by Eylon Aslan-Levy. Geek heaven.

Actually, the fact that a musical itself could be produced would have been inconceivable. But it’s more than a musical – it describes itself as an all-singing, all-dancing romp through 2,500 years of political philosophy, by Eylon Aslan-Levy, Ramin Sabi & Tommy Peto.

In order to draw inspiration for his magnum opus, John Rawls travels back through time to converse (in song) with a selection of political philosophers, including Plato, Locke, Rousseau and Mill. But the journey is not as smooth as he hoped: for as he pursues his love interest, the beautiful student Fairness, through history, he must escape the evil designs of his libertarian arch-nemesis, Robert Nozick, and his objectivist lover, Ayn Rand.. Will he achieve his goal of defining Justice as Fairness?

The world’s first feature-length musical about political philosophy will showcase a script steeped in drama, humour and romance – with a musical score that covers everything from rap battles to power ballads. “A Theory of Justice: The Musical!” will be a light-hearted, tongue-in-cheek, camp and intellectually profound addition to the musical theatre canon.

The first run has ended so fans outside Oxford were not able to thrill to “a rap battle between John Locke and Thomas Hobbes (“The State Of Nature”) to a tango between Robert Nozick and Ayn Rand (“A Selfish Kind Of Love”), a Mariah Carey-type power ballad by Immanuel Kant in drag, ”a trip to a gay club run by Plato the ventriloquist with his effeminate Socrates as doll and a rock anthem from Jean-Jacques Rousseau (“Man Was Born Free”)”. Immanuel Kant as a fairy godmother

This must be the first musical to come with its own manifesto:

The Principles of Justice as Fairness