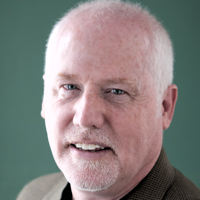 In previous columns I have written about the fact that Canada’s approach to implementing its international human rights obligations is rather a shambles. I have written of the pressing need for action to address violence against Indigenous women and girls in Canada. And I have highlighted the mystifying failure of the Canadian government to sign on to a UN torture prevention treaty that is more than a decade old.

Those all came together in a very significant way earlier this fall. Sadly the disappointment and shortcomings have only deepened.

2013 has brought Canada’s second turn through the UN Human Rights Council’s still relatively new Universal Periodic Review process. The UPR, as it is known, marks the first time in UN history that there has been a mechanism responsible for reviewing the human rights record of every UN member state on an ongoing basis. Countries big and small, powerful and powerless, notorious and overlooked; all are reviewed. It happens once every four years. Canada was up for the first time in 2009; and again this year.

The first step came in April when states had their chance to put recommendations for improvement in front of Canada. Then in September it was Canada’s turn to announce which of those recommendations it was prepared to accept.

The review in April was a busy one. So many states wanted to speak that each ended up with less than 90 seconds each to say their piece. Notably two of the most common issues raised were violence against Indigenous women and ratification of the Convention against Torture’s Optional Protocol (OPCAT).

In fact it seemed like almost every country raised concern about the disgraceful levels of violence faced by Indigenous women and girls. More specifically seventeen countries highlighted the particular need for Canada to develop a comprehensive national plan of action to tackle what is undoubtedly one of the most serious and longstanding human rights crises in the country. Those seventeen included some of Canada’s closest friends allies, including the United States, Norway, the Netherlands and Switzerland.

There were many recommendations made to Canada about signing on to a fairly long list of international human rights treaties, reflective of the fact that Canada’s ratification rate has slowed to an imperceptible crawl in recent years. But top of that list was OPCAT. Fifteen countries brought it up, again, including good friends like the United Kingdom, Germany and France.

So there was much anticipation in September with respect to these two longstanding human rights blemishes in Canada’s record. (And may other issues too, of course.) Surely with such widespread concern expressed by so many countries whose views matter to Canada, there would at long last be action.

The disappointment was apparent in the opening passages in Canada’s response. The government made it clear that the recommendations it was accepting – in full or in part – were limited to matters that the government felt it was already doing.

Recommendations that Canada accepts in full or in part are those that FPT governments are already implementing through existing legislative or administrative measures, and are committed to continuing to take steps to achieve.

In other words, it was a clear signal that Canada’s response was going to be nothing more than the status quo. No new commitments. No new action. Why even bother then? Surely the very idea of a UN level review process is to make progress. Canada’s response undercuts the UPR of its very purpose – to advance human rights protection, not simply hold the course.

And that is precisely what we heard from Canada on these two key issues.

No action plan for violence against Indigenous women because there is already enough underway. The world was simply offered this bland and unsubstantiated reassurance: “there are many federal, provincial and territorial legislative and administrative measures in place to address this pressing issue.”

And with respect to ratifying the OPCAT, even weaker language than we’ve heard in the past. When Canada was running for a seat on the UN Human Rights Council back in 2006 our election pledges included to consider ratification. During our first UPR in 2009 we again agreed to consider ratification. This time around the world is simply told that Canada has “no current plan to ratify.”

It begins to feel as if the more authoritative and united the criticism and suggestions for reform become; the more defiant Canada’s determination not to take up that advice.

That stubbornness (a generous term) has become particularly breathtaking with respect to violence against Indigenous women. Along with all the allies who spoke out in Geneva in April the list now includes every provincial and territorial premier, every federal, provincial and territorial human rights commission, all federal opposition parties, and every UN expert or body with a relevant mandate. All have called for some variation of a national inquiry into this national human rights tragedy, leading to a meaningful national response. The recent Throne Speech offered an opportunity to finally give in and join that impressive chorus. But again we heard nothing but vague generalities. Certainly no action and no plan.

It doesn’t get much play in the media but this growing disdain, some would say contempt, for UN attention to Canada’s human rights record is now well beyond problematic. Most distressing of course it means that crucial human rights issues don’t get addressed.

But it also considerably weakens Canada’s hand globally as a human rights champion. What example is it to others to only accept recommendations to do what a country feels it is already doing? And to reject the very recommendations around which there is the greatest international consensus?

Seems the government needs to be reminded that the entire international human rights system, which Canada played such key roles in creating and strengthening, turns on the notion of universality: Universal Declaration of Human Rights, Universal Periodic Review. And yes, universal does include Canada.