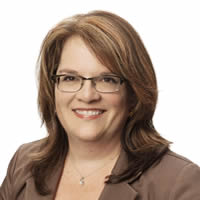 A news article quotes Chief Justice Joseph Kennedy of the Nova Scotia Supreme Court and how impressed he was about the use of Twitter by reporters during a recent trial.

“I couldn’t get over how well it had worked,” Kennedy said in an interview, describing it as the closest thing to gavel-to-gavel coverage he has seen.

I didn’t think it was going to be as accurate as it turned out to be. I have to say that I was very impressed.

The Crown attorney Darcy MacPherson is quoted as saying he used printouts of a reporter’s tweets to augment his notes during the trial as a second, objective account.

The author of this piece, Geordon Omand, Canadian Press Halifax, asks a question at the end of his report that I think Slawyers will want to weigh in on:

Does anybody think that 25 years from now there won’t be television in those courtrooms?

Hat Tip to the Wise Law Blog and especially their 140Law series.