In Praise of Judicial Empathy, Humility and Simplicity 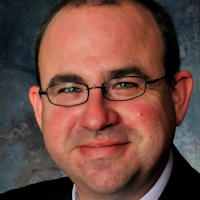 It takes a big person to admit they have made a mistake; it takes an even bigger judge. Justice Shaun Nakatsuru of the Ontario Court of Justice is such a judge.

In a remarkable judgment that has attracted significant media attention from the likes of the Toronto Star, the CBC and CTV, Judge Nakatsuru issued a personal and collective judicial mea culpa. While Justice Nakatsuru did not actually make a mistake per se, he admitted that as a judge he had “sinned” in terms of writing less than user-friendly judgments over the course of his ten years on the bench.

[1] This case was heard in the Gladue court at Old City Hall in Toronto. Jesse Armitage is a troubled man of Aboriginal heritage who was sentenced by me a number of months ago. At the time I gave my decision, I said that I would draft and release a written decision. This is that decision.

[2] Before I get to this, I would like to make two short comments. First of all, I want to say something about the style of this decision. For those who have read some of my past judgments, the reader may notice a change. For Jesse Armitage, I have tried to say what I wanted to say in very plain language. I believe that this is very important for judges to do in every decision. However, judges often do not do a good job of this. I would describe myself as one of the worst sinners. As lawyers first and then judges, we get used to using words that are long and complicated. This only muddies the message we are trying to say. That message is very important when it comes to passing a sentence on an offender. That the message is clear is even more important in the Gladue courtroom.

[3] I say this because in the Gladue court at Old City Hall, accused persons who share a proud history of the first people who lived in this nation, not only have a right to be heard, but they also have a right to fully understand. Their voices are heard by the judges. And they must also know that we have heard them. I believe that the accused persons who have been in this court have had good experiences in this. This is something that they have come to appreciate. This is something they have a right to expect.

[4] I know that all accused, whether they have any Aboriginal blood or not, should have this right. Judges struggle to make sure they do. However, when judges write their decisions, they are writing for different readers, different audiences. Judges write not only for the parties before them. Judges write to other readers of the law. Lawyers. Other judges. The community.

[5] In this case, I am writing for Jesse Armitage.

[6] The other thing I wanted to say is something about our Gladue court. This court was established in 2001. It was the first court of its kind in Ontario. Since then, it has matured. It is well respected. There is much cooperation between the Crown and the defence. The court applies the principles set out by our highest court, the Supreme Court of Canada, in the case of Gladue. We try to be faithful to those principles in every case.

[7] I admit the case of Jesse Armitage has been a challenge for me. The proper application of those principles has not been easy.

Judges exercise enormous power in our society. In the courtrooms in which they preside, they wield what must appear to lawyers and litigants alike as virtually unbridled power. Sometimes they abuse that power and sometimes they abuse that power horribly, as in the recent case in Quebec of the judge who refused to hear a litigant wearing a hijab in her courtroom. My colleague Carissima Mathen rightly chastised that judge’s actions as making “a mockery of the rule of law and bring[ing] the administration of justice into disrepute.”

For some, being a judge means never have to say you’re sorry. I have the privilege of knowing a good number of judges and most of them are dedicated to the public interest, hard-working and try to do their best to reach a just result in their cases, often under trying circumstances. When I was practice, I also appeared before judges who seemed to forget that they were not the most important person in the courtroom: as Justice Nakatsuru reminds us, the litigants are.

Lawyers refer to judges who are full of themselves as having “judgitis”. Some judges develop this over years on the bench and others seem to catch it almost immediately upon appointment.

Justice Nakatsuru’s judgment provides a powerful contrast to the ailment. It is a small window into the world of judging. It demonstrates the importance of humility for judges; of empathy with those who appear before the judge; and of the virtue of simplicity in judgment writing. You won’t find these terms in the Canadian Judicial Council’s Ethical Principles for Judges. We should. Alice Woolley has written here about the problem of judges’ mocking the parties’ arguments in their decisions and the damage to the litigants’ human dignity. In contrast, Justice Nakatsuru puts Mr. Armitage and his dignity at the center of his judgment.

I was privileged to know Justice Nakatsuru when he was appointed to the bench from the Ontario Ministry of the Attorney General in 2006. We need more like him; not only on the bench, but in our profession and in the academy as well.

Adam Dodek teaches Public Law and Legal Ethics at the University of Ottawa. In May 2015, he will receive the Law Society Medal from the Law Society of Upper Canada for his service to the profession. Hat Tip to Stephen Bindman for first bringing the case to my attention.