July 4 th 2015 Comments Off on On the Eve of the Referendum – a New Dispatch From Our Greek Correspondent
Share
Posted in:

It’s early Sunday morning in Greece, but Peter Carayiannis of ConduitLaw in Toronto is up late writing a dispatch from the front lines Postcard from Greece – A Nation Holds Its Breath 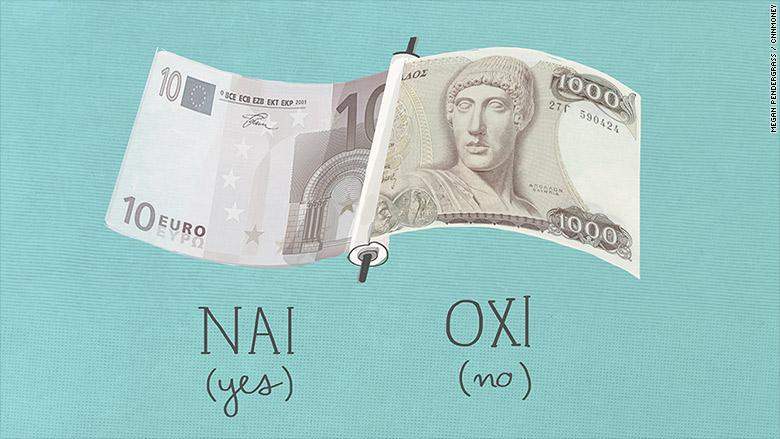 As I write this, it is late Saturday night. Tomorrow is the day of Greece’s referendum. After a tumultuous week that started last Sunday when PM Tsipras & Co. abruptly ended negotiations with European counterparts we are now on the eve of the most important vote in modern times for Greece.

Ultimately, this is a referendum not just on the ongoing chronic economic catastrophe that has been the Greek reality for the past 5 years, but a referendum on Europe as a cultural and historical institution and Europe as a political entity, the EU, and Greece’s place within both.

Clearly the events in Athens and around Europe have been the international story of the week, and likely the story of the year. There have predictions from both the YES and NO camps with polls to support or contradict whichever position you choose to consider.

Believe none of them.

First, polling in recent years has been notoriously unreliable.

Second, Greeks’ feelings this week on the news of the referendum are all over the spectrum.

In other words, what somebody may have told a pollster 2 days ago is meaningless. This is truly one of those situations where there is only one poll that counts. But counts for what?

What follows are a few thoughts on the referendum and what comes next.

The referendum question is indecipherable and meaningless. What are the consequences of a yes or a no? What happens next? A return to the European fold or a negotiated exit? A stable government of a snap election?

On the streets and in the town squares, YES has become shorthand for pro-Europe and pro-euro. And the government of the day is campaigning against the YES. A NO is being interpreted as pro-Greece and anti foreign interests. Oddly, many in the NO camp are not advocating for a Grexit, while others are ready for the immediate, but unlikely, circulation of fresh drachma notes.

On an unscientific basis, it seems that the poor, the unemployed, and the young are inclined to vote NO. If you have nothing to lose, you are more likely to be susceptible to the populist pro-Greece message of Mr Tsipras.

Navigating between the two options is a modern day version of. trying to escape the Scylla and Charybdis.

Unemployment is 25%. Youth unemployment is 50%. GDP has contracted by 25% in 5 years. Greece is the first developed economy to default on a financial aid package. The situation on the ground is bad. Nothing that happens tomorrow will make any difference on Monday, or perhaps even 6 months from Monday. The Greeks are weighed down by a completely unsustainable debt load and this economy will remain broken until the systemic, crushing, debt is addressed. If the Greeks are to stay in the Union, this must mean a significant write-down. There is no other way.

Greece does not have a properly industrialized economy and there will be no line up of global manufacturing brands jetting to Athens after this debacle.

The Greek economy is heavily reliant on tourism. The current crisis has begun at the beginning of the high season and there is a real risk that this season will be down, perhaps by a large percentage. If tourism doesn’t collapse this year then it is a testament to the strong pull of the beautiful sunny beaches of the Aegean and Mediterranean, the glory of antiquity and the”filoxenia” of Greeks, welcoming the millions of travellers every year.

PM Tsipras & Co are campaigning for a NO. Mr. Tsipras is the leader of a minority government. His finance minister, Mr Varoufakis, has said he will bring his short, flamboyant and dramatic political career to an abrupt end with his resignation. Mr Tsipras has suggested he will not return as PM with a YES mandate.

All of this to say that with a YES vote, Greeks might find themselves in a snap election situation with this government collapsing. Mr Tsipras is on record that a NO vote will strengthen his hand. It is hard to understand how this will enhance his mandate for anything other than a Grexit.

Perhaps it would be for the best. To the extent Mr Tsipras had any political capital, he has burnt through it completely and appears to have no credibility of trust with the European leadership.

What Will Happen Tomorrow

For what it’s worth, my sense is that there will be a narrow YES victory. The margin will be close but it will be sufficient. Greece is going to bed restless tonight but enough Greeks will wake up in the morning and will turn to Europe and to a YES vote.

A close friend of mine, an economist by training and with keen insight into international politics and finance, has told me that Greece should have never joined the euro and now should use this opportunity to exit the euro and return to the drachma. My friend is probably right. But I can’t help think that this result will be a terrible end to this story.

YES or NO, Greece and Europe are forever changed by this episode. The Greeks must accept their share of the blame in all of this, but they are not alone. Irresponsible borrowing was matched by irresponsible lending. And, to the extent that systemic issues (like tax collection and corruption) exist, the same can be said about many other European countries. The Greeks might not have taken the right steps to avert the crisis but the IMF and ECB did their part to make things worse.

Surprisingly, even after the past 5 years of grinding economic collapse, the Greeks remain fundamentally optimistic and defiant. Optimism and defiance have seen this people through many hard times in the past and if they are to rise, Phoenix-like, from these ashes then it will be the same optimism and defiance that will strengthen their resolve and give them the strength and courage to start anew.