July 30 th 2015 Comments Off on OPSEU Workers Seen Protesting the Government’s Privatization Agenda at the 2015 Toronto Pan Am Games
Share
Posted in: 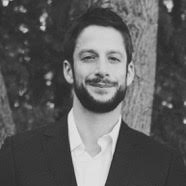 Toronto has been sitting in the spotlight for the last month as the host of the 2015 Pan Am Games, which has brought together athletes, coaches, volunteers, and Games supporters from across the world. The public attention received by the Games has not gone un-noticed by workers in the Ontario Public Service Union (OPSEU), who have been protesting the Liberal government’s privatization agenda outside of the Games venues and events.

OPSEU President Warren (Smokey) Thomas has emphasized the important role that public service workers have played in the success of the Pan Am Games, and wants Ontarians to understand the impact of privatization in their communities.

Thomas stressed that the purpose of the protests has been to get their message across, and not to disrupt any of the Games events. Protests seen at venues across Southern Ontario have consisted of OPSEU members handing out pamphlets to the public in a peaceful and friendly manner.

A spokesperson for the Treasury Board President has said that the government’s “goal is to negotiate a fair agreement that balances the interests of employees with the need to provide sustainable and affordable public services. We remain at the table, willing and able to bargain.”

As the 2015 Toronto Pan Am Games came to earlier this week, the potential impact of these protests will be observed as the OPSEU continues negotiations with the government for a new collective agreement following the expiry of their current agreement on December 31, 2014.