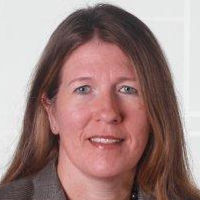 The annual US Generic Pharmaceutical Association meeting in February, despite being held in Orlando, was generally not a sunny affair. Instead the central theme focused on “warning” signs that require attention from industry players in their dealings with stakeholders including Congress, FDA and the public. An “Uber-like” disruption is coming in healthcare. At the same time, Biosimilars continue to represent both uncharted successes and challenges. Regulatory approval and physician/patient education are key concerns. The standard message of “generics are the solution to increasing costs, not the cause”, and the need for a global business model, were recurring themes.

Biosimilars – Biosimilars are complex “similar” (but not identical) drugs, made from living organisms. This adds unpredictability to manufacturing processes and regulatory approval. The first Biosimilar approval in March 2015 per the new FDA pathway highlights several issues. Sandoz’ Zarxio (filgrastim sndz)[1] for chemotherapy patients received approval for the same indications as Amgen’s Neupogen. Labeling rules are currently under review and will affect how Biosimilars are accepted/characterized in the marketplace. The special 4 letter suffix is said to be unnecessary and decrease Biosimilar uptake. Exclusivity and interchangeability are current issues, particularly with more complex Biosimilars. Filgrastim was described as a fairly simple Biosimilar with widespread European experience over all indications. Zarxio was not applied for as interchangeable – hospital formularies instead were reported to be conducting their own investigations to determine whether Sandoz’ product could replace Neupogen. If Biosimilars were 100% interchangeable (which they are not), they would be more on the typical generic distribution path. Biosimilars require a totally different marketing/distribution network. Confusion over the “patent dance” mandated by the new Biosimilar regulatory pathway is another risk factor. Several mAbs are also expected to be approved in the US.

Biosimilars are also at the forefront of generic rebranding – blurring lines between generic/brand/Biosimilar/biologic. Typical brands are now also Biosimilar competitors given their biologic expertise. Even the USGPhA, with its introduction of the “Biosimilars Council”, and its self-identification as a “Generic and Biosimilar” Conference, signaled its own rebranding. The educational effort required was frequently analogized to that required back in 1987 with the launch of Hatch Waxman legislation and reluctance regarding generics. Biosimilar education is required to be as robust as the innovator.

The equal importance of Biosimilars in Canada is highlighted by the brand’s recent “insert” in the February 2016 issue of Maclean’s with the carefully couched message of “don’t use Biosimilars”. Such mainstream “educational messages” may become more prevalent given Apotex’s recent filgrastim approval in Canada following a finding in an NOC proceeding that Amgen’s recombinant protein patent was obvious as simply involving skilled work and not creative work.[2]

US Political Pressure on Pharmaceutical Costs – The consensus at USGPhA was that negative sound bites regarding the rising cost of healthcare/“Big Pharma” are popular US election mantra. Exorbitant price increases by Turing and Valeant were described as outliers. The commentary is expected to die down following the November 2016 election. At the same time there is a need to frame the response by staying within the data, such as The Annual Savings Report which cites $US 255 billion in generic savings in 2014. Educational emphasis should be on quality, value and patient compliance and not simply price to avoid commodity categorization. Congress does not understand the generic industry and the complexity/costs associated with developing/manufacturing a quality product and the required regulatory approval. People mistakenly think of health care as a utility they don’t pay for when in fact they do; education will stress the importance of low cost generics.

TPP[3] – USGPhA needs to continue discussions regarding harmonization of Europe/FDA as part of the Trans-Pacific Partnership. This includes clinical trials and manufacturer inspections. Harmonization of comparative testing of complex drugs is a key area. The goal is to require only 1 study, in order to increase first cycle (early) approvals, and Biosimilar uptake. FDA is reluctant to accept such testing given concerns of regional manufacturing/testing variances. Patent term extensions are another TPP issue.

Legal Developments – FTC settled its antitrust case regarding Cephalon’s “pay for delay” patent settlement. Owner Teva agreed to a prohibition of the certain type of settlements used to improperly inflate the price of Privigil (a sleep aid) by blocking generics. Business dealings around the time of settlement were really compensation for delaying market entry given they made no practical business sense.

Pending labeling reform was a recurring issue, following a recent “failure to warn” case where a generic was held liable for failing to revise its label (as to side effects) in accordance with an earlier brand label warning change. The FDA’s current draft labeling rule requiring generics to add additional warnings was criticized as adding to cost and confusion.

Pending pro-patent reform bills in 2016 include limits on post-grant challenges so as to exempt biopharma patents. Curbing data exclusivity for Biosimilars (currently 12 years in the US, as compared with 8 years in Canada) was also discussed.

Growth – Given historic increased growth/generic penetration, there was discussion of “peak genericization” leading to limits on future standard generic % prescription growth. Specialty drugs (including Biosimilars) for treating MS, CF, hepatitis, cancer are expected expansion areas. Complex drugs may generate changes in the marketplace – given such narrow patient populations do not require large marketing efforts and retail pharmacies are not geared to such drugs. New FDA regulatory pathways may be required, aside from the new Biosimilar pathway, given the need for clinical trials. Price adjustments and decreased manufacturer control may be the result of (1) payer and distributor consolidation, with downstream control directing specialty patients to selected pharmacies; and (2) pharmacy alliances. In addition to increased spending in specialty areas, ANDA backlogs (leading to decreased competition) and patent expiry of blockbuster drugs (Plavix, Lipitor) have led to problems of “pharmacy inflation”. Although manufacturers are still fragmented, consolidations continue based on “better rationales” (given the standard merger rewards may not necessarily exist): including Pfizer/Hospira, Teva/Actavis and focused start-ups. Vertical consolidation and focus on niche therapeutic areas are also growth areas for manufacturers.

[1] As listed in the FDA’s biologic listings – Purple Book (http://www.fda.gov/Drugs/DevelopmentApprovalProcess/HowDrugsareDevelopedandApproved/ApprovalApplications/TherapeuticBiologicApplications/Biosimilars/ucm411418.htm)