Evidence of Economic Benefits of Refugees From the EU 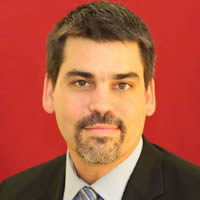 I remember in law school, my professor started our course in immigration law with a sound question, “apart from the CRA, which is the most profitable department in the Federal Government?” Apparently, the answer at the time was the department of immigration. The right of permanent residence fee (RPLF) was a whopping $975 per person, the initial fee for a humanitarian application was $1,100 and there were additional fees. Refugees coming to Canada were particularly burdened by these fees. Public pressure and litigation led to a review of onerous fees and many were reduced by 50%. It was clear then, and it was clear under the Conservative government, that immigration policies were guided by economics.

In 2014, the Conservative government published a Glossary of Terms that included the four (4) categories of immigrants to Canada:

Immigration categories are shown for the three main groups of permanent residents—family class, economic immigrants, and refugees—as well as for “other” immigrants who do not qualify in any of these categories.

In 2015, an intrepid journalist in Vancouver reviewed taxes paid by the “millionaire class” applicants who came to Canada under the Investor Class program. At various times, these individuals were required to provide $800,000 or $1,200,000 to the Canadian government under the program; in turn, they were provided a special program and Officers dedicated to helping their families settle in Canada. Based on the investigation, it turns out that the program resulted in scant benefit to the Canadian economy:

They may have been millionaires, but they were earning very little money here in Canada. Immigrant investors declared about $18,000 to $25,000 of income annually, he said.

“Why? Either because they were living off existing wealth, or they weren’t declaring their [global] incomes,” Young said. […]

“If an immigrant investor already had a very successful business back in China, why would they shut that down and try to start afresh in Canada?” he said.

He argues the program amounted to a cash-for-passport deal, without benefiting the Canadian economy.

In contrast, the investigation led to the anti-intuitive conclusion (aren’t those the best kind?) that refugees provide significant economic benefits to Canada:

By contrast, refugees to Canada start out earning about $17,500 a year, and by the end of their first 10 years, 66 per cent of them are declaring an earned income.

Their annual earnings eventually reach a level closer to economic immigrants to Canada, in the $30,000 range, he said. […]

“Refugees that are actually employed, their incomes were on a par with economic immigrants, very much contradicting this notion that refugees are coming and acting as a drain for taxpayers and a drain on the Canadian economy,” [Sharry Aiken, who teaches refugee law at Queen’s University] said.

Recently, the Tent Foundation issued an investigative report on this subject, “Refugees Work: A Humanitarian Investment That Yields Economic Dividends”. As reported by the Guardian:

Refugees will create more jobs, increase demand for services and products, and fill gaps in European workforces – while their wages will help fund dwindling pensions pots and public finances, says Philippe Legrain, a former economic adviser to the president of the European commission.

Most significantly, Legrain calculates that while the absorption of so many refugees will increase public debt by almost €69bn (£54bn) between 2015 and 2020, during the same period refugees will help GDP grow by €126.6bn – a ratio of almost two to one.

“Investing one euro in welcoming refugees can yield nearly two euros in economic benefits within five years,” [the report] concludes.

This european report further confirms the benefits of bringing refugees to Canada. It has always been clear that accepting these applications is the right thing to do on the humanitarian front; however, it is now clear that these individuals should be accepted based on economic reasons.

IRCC Minister is on the Right Page

At our national CBA Immigration conference in Vancouver, Minister McCallum gave a frank key-note speech. He noted the different classes of immigrants above and, typical to his manner, he candidly stated that it makes to sense to distinguish refugee applications from economic class applications. Everyone who comes to this country, if they are given proper support, education and resources, will strive to better their community and this country.